Opponent Alexeï Navalny says he is imprisoned in a “concentration camp” 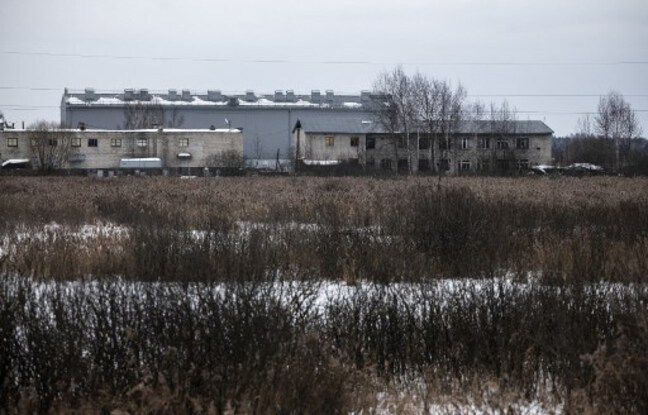 Discipline and permanent surveillance: Russian opponent Alexeï Navalny declared Monday to be imprisoned in a “concentration camp”, describing his conditions of detention in the colony where he is serving a sentence of two and a half years in prison.

In a message posted on his Instagram account, the famous Kremlin detractor confirmed to be currently in a prison with a sinister reputation, after several days of uncertainty as to his location.

“A concentration camp 100 km from Moscow”?

“You have to admit that the Russian prison system has managed to surprise me. I didn’t think that we could build a concentration camp 100 km from Moscow, ”wrote the 44-year-old corruption activist.

He said he was in the No. 2 penal colony on the outskirts of the town of Pokrov, in the Vladimir region, a two-hour drive east of the capital. Confronted with the silence of the prison authorities, his lawyers had been trying for several days to locate the exact place of his detention, since his transfer at the end of February after his conviction on appeal.

The conviction, which followed his return to Russia after poisoning, sparked a wave of protests strongly repressed by Russian authorities and international outrage. Quoted by Russian news agencies, lawyer Olga Mikhailova, who defends him, said Monday that she was finally able to meet her client in this colony.

True to his creaky humor, Alexeï Navalny matched his message with an old photo of him, undated, showing him with a shaved head. “Three things continue to surprise me: the starry sky above us, the categorical imperative (moral law of which all the maxims are universal and unconditional, editor’s note) at the bottom of each one and the incredible feeling of passing his hand over his just shaved head, ”he noted. He adds that all his actions are recorded by cameras: “Everyone is under surveillance and the slightest violation gives rise to a report.”

A distant heritage from the Gulag, this prison is now one of 684 work camps accommodating 393,000 prisoners in Russia. Surrounded by a tin fence topped with barbed wire, it is described as particularly tough by former detainees.

Almost no free time and cut off from the outside world

Opponent Konstantin Kotov, who spent more than a year there, told AFP that the prisoners had hardly any free time there and were completely cut off from the outside world.

Monday, Alexeï Navalny affirmed not to have suffered from violence, for the time being. But he added that he believed the accounts having reported such abuses by observing “the tense attitude of the detainees when they stand at attention and are afraid to move their heads a little”.

Arrested in January upon his return to Moscow from five months of convalescence in Germany after a poisoning of which he accuses the Kremlin, Alexeï Navalny is the target of multiple legal cases which he considers to be of a political nature. He was convicted in a 2014 fraud case that he, NGOs and many Western capitals believe is political.

An investigation demanded by the UN into his poisoning

Alexei Navalny suddenly fell into a coma last August during an election tour in Siberia. After his emergency evacuation in Germany, three European laboratories estimated that the opponent had been poisoned using an innervating agent, the Novichok, developed in Soviet times.

The opponent and his relatives have since accused a team of the Russian security services (FSB) of having been at the origin of this poisoning on the orders of Vladimir Putin, which the Russian authorities vehemently deny, having advanced different versions explaining the sudden illness of the opponent.

The arrest of Alexei Navalny sparked large protests in Russia, to which the authorities responded with more than 11,000 arrests. Both the EU and the United States demand the “immediate release” of Alexeï Navalny. UN experts have called for an international investigation into his poisoning and both the EU and Washington have sanctioned senior Russian officials in the affair.