Organized in the midst of a pandemic, Barack Obama’s birthday party is annoying 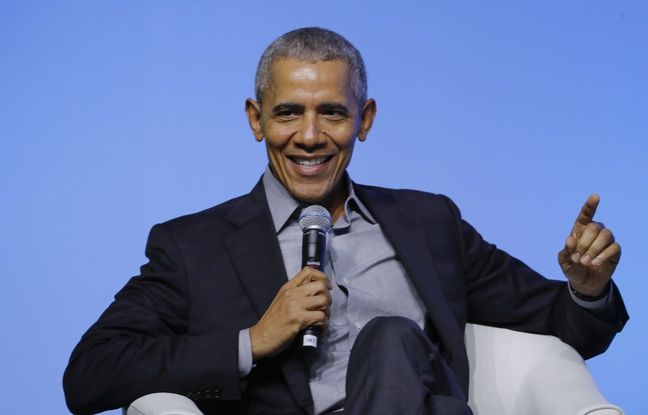 A birthday spoiled by the health crisis? Even though he plans to celebrate his 60th birthday by respecting all current health guidelines, former President Barack Obama has drawn criticism, mainly from the Republican camp, amid a resurgence of cases due to the Delta variant. .

The party of Barack Obama, born August 4, must take place on the weekend on the upscale island of Martha’s Vineyard, in accordance with the guidelines of the Centers for Disease Prevention and Control (CDC), the main health agency public in the United States, according to anonymous sources quoted by the American press.

“This is a dangerous super-spreader event.”

“How can someone be so reckless?”

-The things Democrats would say if this was President Trump’s birthday party. https://t.co/TREe5jKCpI

All guests will need to be vaccinated and tested negative, the sources say. The event must take place outdoors and a “Covid coordinator”, whose exact role has not been specified, will be on site. In addition, Martha’s Vineyard, in the state of Massachusetts, presented Monday according to CDC data only a moderate level of transmission of the virus, which does not trigger the activation of the new recommendations of the health authorities, namely the wearing of the mask indoors even for vaccinated people.

The Republican elected Jim Jordan, a faithful of Donald Trump, however joked on Twitter by affirming that the Democrats, “if it was the birthday party of President Trump”, would denounce a “dangerous super-propagator event” and would conclude that the organizers of such a rally “kill people”. “Is there an exception for parties attended by wealthy liberal celebrities?” Asked the leader of the Republican Party, Ronna McDaniel.

“Will the Democrats demand that[Obama] ask all his guests to wear the mask? », Added Lance Gooden, another elected Republican. “The former president, who supports vaccination and respecting the advice of public health experts, also certainly applies them to himself,” White House spokeswoman Jen Psaki said on Monday, recalling the precautions taken. Current President Joe Biden is not expected to attend.

Donald Trump’s administration has made the headlines several times after organizing unmasked events in the White House or in government departments, or holding campaign meetings, sometimes at the height of the pandemic and before. the authorization of vaccines against Covid-19. A ceremony in honor of Judge Amy Coney Barrett, appointed by the Republican President to sit on the Supreme Court, had in particular been suspected of having led to the contamination of a dozen people, including Donald Trump himself.