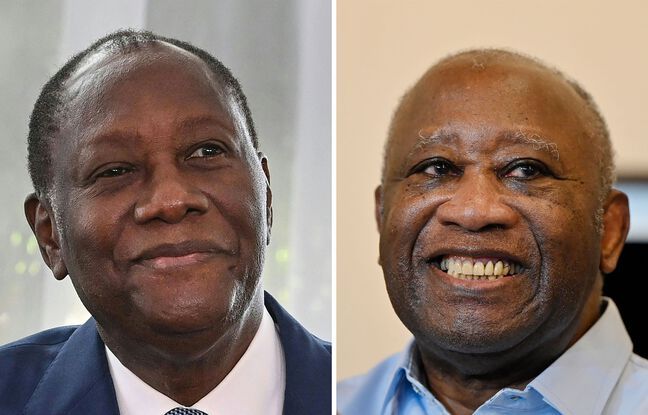 It is a day of reconciliation in Côte d’Ivoire. And the symbol is going to be particularly strong. More than ten after their last handshake, Ivorian President Alassane Ouattara and his predecessor Laurent Gbagbo are due to meet on Tuesday. It will therefore be a first since their duel in the 2010 presidential election which led to a violent crisis.

After a first telephone contact at the beginning of July, this face-to-face meeting planned at the presidential palace in Abidjan should constitute another gesture towards the appeasement of political life, in the continuity of the return of Laurent Gbagbo in the country June 17.

“Laurent Gbagbo is in a spirit of openness, dialogue and reconciliation”, assures Franck Anderson Kouassi, spokesperson for the Front populaire ivoirien (FPI), the party of the former president. “He cannot exclude any meeting whatsoever with a major player in politics, it is in line with our frame of mind to meet President Ouattara”, 79 years old.

“It is a courtesy visit to his elder (…) if it can help to ease the political atmosphere, so much the better”, comments for his part Justin Katinan Koné, spokesperson for Laurent Gbagbo, 76, calling however ” not to give more depth to this meeting than it has ”. “There has never been an interruption in the dialogue in our country and it will continue because this is the will of the government,” said government spokesman Amadou Coulibaly.

Since the return of Laurent Gbagbo, acquitted by international justice of crimes against humanity, the word reconciliation is on everyone’s lips. However, it is not obvious, as the history between the two men remains intimately marked by the post-electoral violence of 2010-2011. This crisis born from the refusal of Laurent Gbagbo, in power since 2000, to recognize his defeat in the presidential election to Alassane Ouattara has left more than 3,000 dead. He was able to return to Côte d’Ivoire thanks to the green light from his former rival, always in the name of “national reconciliation”.

Above all, according to political analyst Rodrigue Koné, the camp of the incumbent president “interprets this meeting as recognition of the legitimacy and legality of Alassane Ouattara by Laurent Gbagbo. In such a visible and official way, it had not yet been recorded. It is symbolically very important ”. Laurent Gbagbo, however, remains a leading political opponent of Alassane Ouattara.

A dark mode arrives on the search engine