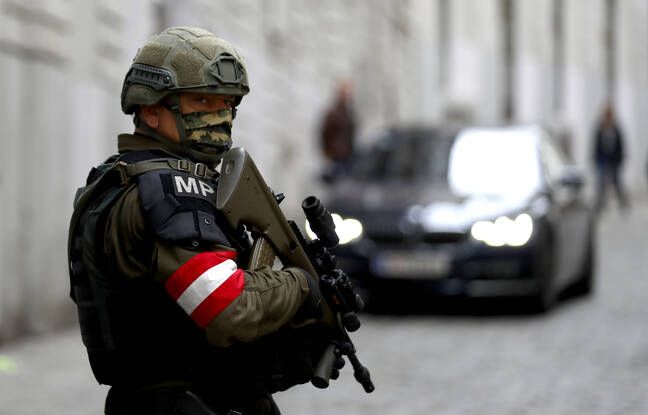 Austrian police on Monday searched more than 60 addresses in four regions linked to the Islamist movements of the Muslim Brotherhood and Hamas, announced the prosecution, an operation unrelated to the attack perpetrated last week in Vienna.

The investigation, which began about a year ago, is targeting “more than 70 suspects and several associations suspected of belonging to and supporting the terrorist organizations of the Muslim Brotherhood and Hamas,” the prosecutor’s office said in a statement. the region of Styria (south-east).

Among the suspects, 30 were ordered to report to the police for questioning. The prosecution mentions “suspicions of the formation of a terrorist organization, terrorist financing and money laundering”.

“This action is not directed against Muslims or the Muslim religious community”, according to the same source, but “these measures aim on the contrary to protect Muslims, whose religion serves as a pretext to spread subversive ideologies”. The searches, which took place in Styria, Carinthia, Lower Austria and Vienna, aim to “attack the roots of political Islam”, commented for his part the Minister of the Interior, Karl Nehammer. . “We are acting with all our strength against these criminal, extremist and inhuman organizations,” he responded.

In the aftermath of the attack, Conservative Chancellor Sebastian Kurz reiterated his determination to fight political Islam. Last Monday, a sympathizer of the jihadist group Islamic State (IS) opened fire in a busy district of Vienna, killing four people, in the first such attack in decades in Austria.

The President of the European Council, Charles Michel, and Clément Beaune, French Secretary of State for European Affairs, are both expected in Vienna during the day to pay tribute to the victims of the attack.

A visit scheduled for Monday

Clément Beaune will meet with Sebastian Kurz as well as with the head of Austrian diplomacy, Alexander Schallenberg. On the agenda of the discussions, “the European response to terrorism, in particular the strengthening of controls at European external borders, the Schengen Treaty and the fight against online hatred at European level”, according to the French Embassy in Austria.

French President Emmanuel Macron also initially planned a visit on Monday but had to postpone it and will instead hold a video conference with Sebastian Kurz on an unspecified date.