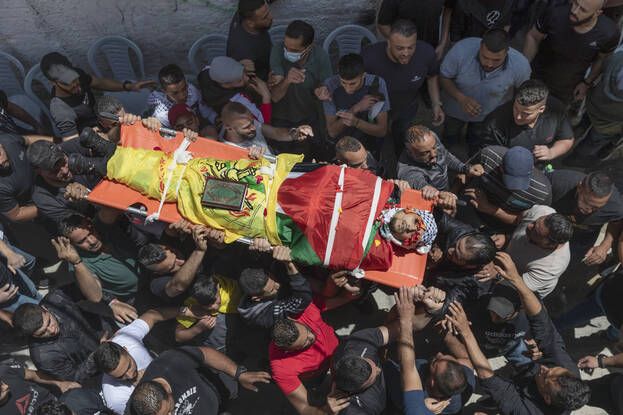 Despite the ceasefire between Israel and the Gaza Strip, a Palestinian was killed by Hebrew state forces on Tuesday in the West Bank. The incident took place at dawn in the Al-Amari refugee camp near Ramallah during an operation by Israeli security forces to search for another man, Palestinian security sources reported. .

It was not immediately clear whether the wanted man had been arrested. During “an attempted arrest” of “terrorist militants in Ramallah,” one person was killed by a special unit of the Israeli border police, an Israeli security official confirmed. The man killed was identified as Ahmed Jamil Fahd, from Al-Amari camp, according to the Ramallah hospital to which he was transferred.

A few hours from the American visit

The facts come only hours before the visit of US Secretary of State Antony Blinken to Ramallah. The latter is due to meet with Palestinian Authority President Mahmoud Abbas on Tuesday afternoon, after meeting with Israeli Prime Minister Benjamin Netanyahu in Jerusalem in the morning.

This first stage of a visit to the Middle East comes a few days after a fragile truce between the Jewish state and Palestinian Hamas, after 11 days of bloody clashes in Israel and especially in the Gaza Strip.

25 Palestinians killed in the West Bank

The violence has spilled over into Israeli territory and the occupied West Bank, where more than 25 Palestinians have been killed in clashes with the IDF since May 10, when hostilities between Hamas and Israel began.

The West Bank, where tensions remain high, is a Palestinian territory occupied since 1967 by the Israeli army.

Share
Facebook
Twitter
Pinterest
WhatsApp
Previous articleThey get married on a plane in front of more than 160 guests, in the midst of the epidemic
Next articleFloating Olympic swimming pool to emerge under Manhattan bridge