Palma ghost town, after an attack claimed by IS 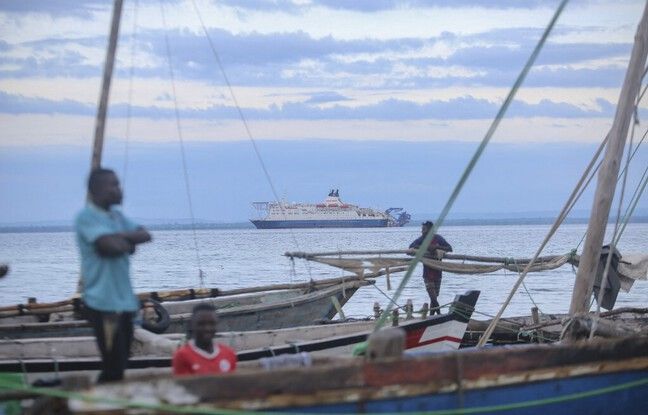 Palma, a small port in northern Mozambique that fell into the hands of jihadist groups after an attack claimed by ISIS on Monday, has turned into a ghost town as thousands of civilians continue to flee by all means.

The Islamic State (IS) group claimed to control the city and claimed responsibility for the attack that took place just ten kilometers from a multibillion-euro gas megaproject piloted by the French group Total. He also specifies that it targeted “military barracks and government headquarters”, announcing the death of dozens of Mozambican soldiers “and Christians, including nationals of Crusader states”.

The massive attack in Palma resulted in dozens of deaths, the Mozambican Ministry of Defense said Sunday evening. At least a hundred people are still missing. The signal for the surprise raid on Wednesday, carried out in three locations in the city of 75,000 inhabitants, appears to have been the expected arrival of a boat full of food, according to several sources. The attack immediately followed her docking, said witnesses who have since fled.

According to them, the load was intended to supply the shops of the city but also to distribute aid to displaced people, many in Palma, after having left their villages due, already, to jihadist violence.

The armed groups, which practice astonishment, setting fire and killing in turn from the first minutes of their attacks, rushed towards the banks, to loot them, and the police stations, said these witnesses. According to several experts, they could have been only a big hundred. Witnesses say that several of them infiltrated the city incognito a few days before the attack, staying with locals.

Since then, several residents of Palma, interviewed via messaging, describe a largely abandoned ghost town. This Monday, humanitarian workers and UN agencies were working together to help the thousands of civilians who took the road to exodus. Between 6,000 and 10,000 people were within the perimeter of the gas site, according to a source participating in the evacuation operations. They arrived in waves, knocking on the door of the ultra-secure site of thousands of hectares, “a sort of besieged Fort Apache” according to a security source.

Total to the rescue

Total said in a statement to provide “humanitarian and logistical aid” to this “large number of civilians”. The energy giant, which was hoping for a quick resumption of construction work on the site supposed to be operational in 2024, gave up on Saturday. After the transfer of 1,400 workers and civilians to Pemba, a port located some 200 km to the south, canoes and traditional sailing boats, loaded with refugees, continue to pour in, according to witnesses and NGOs.

Armed groups, which have terrorized this region bordering Tanzania since 2017, have been ramping up for a year, increasing the number of bloody attacks.

Controlling the strategic port of Mocimboa da Praia since August 2020, they are pursuing their “coastal strategy” with the capture of Palma, as a French security expert points out: making the logistical support of the gas base more complex, now “only accessible and supplyable by rail. maritime from Pemba ”. Safety on the region’s roads has already been compromised for many months.