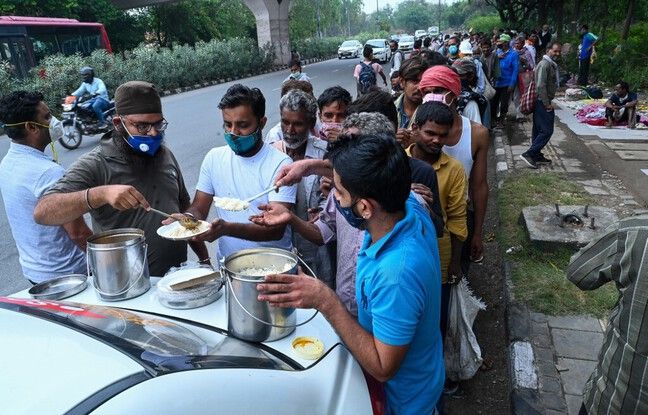 The Covid-19 pandemic, which has raged for seventeen months, has plunged more than 100 million additional workers into poverty, the UN revealed on Wednesday, due to the drop in working hours and the evaporation of good jobs. And the crisis is far from over, with employment not expected to return to its pre-pandemic level until 2023, warns the International Labor Organization (ILO) in an annual report. By the end of 2021, the world will still have 75 million fewer jobs than if the pandemic, which started in China, had not occurred.

And even at the end of 2022, the delay will not be made up, with 23 million fewer jobs than in the absence of the health crisis which has already killed more than 3.5 million. “Recovering from Covid-19 is not only a health problem,” said ILO boss Guy Ryder, stressing “that it will also be necessary to overcome the severe damage caused to economies and societies”.

The number of hours worked collapses

“Without a deliberate effort to accelerate the creation of decent jobs, and to support the most vulnerable members of society and recovery in the most affected economic sectors, the effects of the pandemic could be felt for years to come. the form of loss of human and economic potential and more poverty and inequality, ”he predicted. The ILO report shows that some 205 million people are expected to be unemployed in 2022, well above the 187 million in 2019.

But these official statistics hide a much darker reality because the number of hours worked has collapsed. In 2020, 8.8% of all hours worked evaporated compared to the last quarter of 2019, the equivalent of 255 million full-time jobs. And even if the economic recovery picks up in some parts of the world, by the end of the year the equivalent of 100 million full-time jobs will still be missing. “This deficit of jobs and working hours comes on top of the high levels of unemployment, underemployment and poor working conditions” which prevailed before the health crisis.

A risk of “re-traditionalization” of gender roles

Even if the employment situation is expected to improve somewhat in the second half of this year, the recovery will be uneven and in particular because of the gap between immunization rates in rich countries and that in countries that do not. are less. These emerging and developing countries will also find it difficult to put in place significant stimulus plans. Fewer jobs and hours worked automatically translate into more poverty.

Compared to 2019, 108 million workers have fallen into the poor or very poor categories, meaning households that depend on them have to live on less than $ 3.2 a day. The pandemic erased five years of progress. For the two billion people who work in the informal sector, the consequences of the pandemic have been catastrophic as for the women who left the labor market en masse, including in rich countries, to care for children, deprived school. A phenomenon which makes the ILO fear that it is coming to a “re-traditionalization” of gender roles.