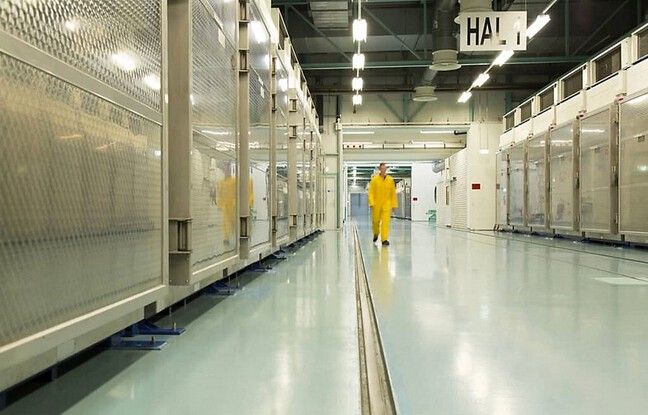 While Iran announced that it had started producing uranium metal, once again breaking its commitment to the 2015 nuclear deal, French diplomacy reacted, calling on Tehran to be responsible on Thursday. A request supported by Moscow.

“In order to preserve the political space for the search for a negotiated solution, we call on Iran not to take any new measures which would further worsen the nuclear situation,” the French foreign ministry said in a statement. . “If we understand the logic and the reasons behind Iran, it is necessary to show restraint and a responsible approach,” Russian Deputy Minister Ria Novosti told the news agency. Foreign Affairs, Sergei Riabkov.

Advances hoped for thanks to the United States

The installation of the Biden administration in the United States gives hope for possible diplomatic advances on the subject after the policy of “maximum pressure” exercised by his predecessor. But Tehran and Washington both call on the other side to take the first step towards a real resumption of dialogue.

“France welcomes the confirmed will of the new American administration to return to a diplomatic approach to the Iranian nuclear issue, with a view to returning to the JCPoA”, the name given to the 2015 Vienna agreement, specified the Quai d’Orsay.

Used in the manufacture of nuclear weapons

Sergei Riabkov, for his part, called on the United States to “lift the sanctions taken against Tehran” and “not to drag things out”. On Wednesday evening, the International Atomic Energy Agency announced that it had “verified on February 8 3.6 grams of uranium metal in the Isfahan plant”.

If this is not a surprise – Iran had announced in mid-January that it was moving in this direction – the subject is sensitive because uranium metal can be used in the manufacture of nuclear weapons. The Islamic Republic has always denied wanting to acquire the bomb, even if the IAEA had established the opposite in 2011. But Paris and Moscow have expressed their concerns. “This does not encourage optimism,” said the Russian minister, while France considered the situation “worrying” because of “the accumulation of violations by Iran of the Vienna agreement”.

Share
Facebook
Twitter
Pinterest
WhatsApp
Previous articleHe confesses the murder of a young girl, an innocent man had spent 20 years in prison in his place
Next articleMembers of Parliament who take off their masks once the cameras are off? False

Why does Losc have a big lack of European culture?

The Pop it phenomenon, the invincible Pokémon… What are the star toys in playgrounds?