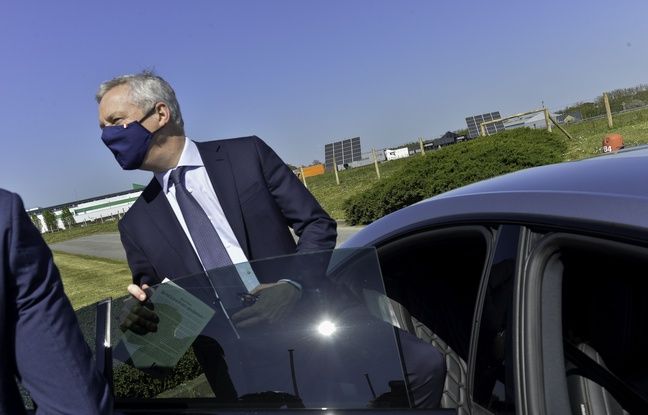 “We have wasted too much time,” French Economy Minister Bruno Le Maire said at a joint press conference with his German counterpart Olaf Scholz on Tuesday. The latter called on the European Commission to examine the national recovery plans which will be submitted to it this week by its member states “as soon as possible”, comparing the economic situation of the EU with the rest of the world.

“Chinese growth has picked up. The United States is booming. The European Union must stay in the race, he said. The Commission must analyze the national recovery and resilience plans as soon as possible so that they can be approved by the Council in July at the latest. This will allow the money to be paid out before the end of the summer. ”

The EU, which agreed in July on a € 750 billion stimulus fund, financed by a joint debt issue, will take an important step this week as a dozen countries are due to submit to Brussels their plan, including France and Germany on Wednesday.

“The political responsibility of the Member States and of the Commission is now to make the European recovery plan a concrete reality for our citizens as soon as possible”, hammered Bruno Le Maire.

Because “we were effective last year in adopting the principle of a European recovery plan and a common debt issue, thanks to the impetus given by Olaf Scholz and myself, as well as by the Chancellor Angela Merkel and President “Emmanuel Macron, as much,” since then, we have wasted too much time, “he lamented.

“I think we are on the right track, not only in Germany and France, but also in other states,” said Olaf Scholz, however, saying he was “confident” on the outcome of the ratification process.

Share
Facebook
Twitter
Pinterest
WhatsApp
Previous articleAt 21 and without health concerns, she dies in just three days
Next articleAt least six dead in the sinking of a boat between Venezuela and Trinidad and Tobago