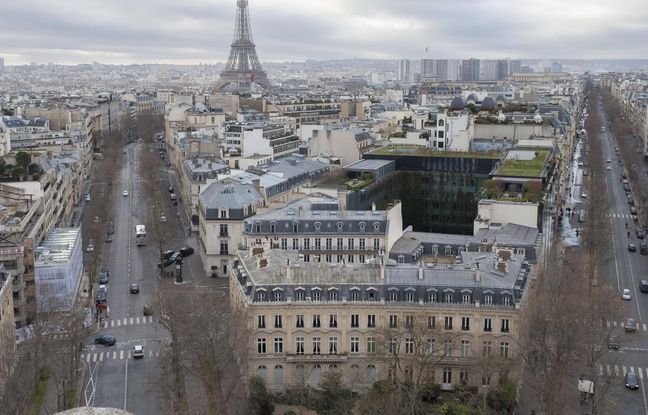 This is not a ranking that will necessarily please Parisians. Paris and Zurich have joined Hong Kong as the cities with the most expensive cost of living in the world. Singapore and Osaka have thus ceded their place in the top three, according to a survey published on Wednesday by the weekly The Economist.

The cost of living index from @TheEIU compares the prices of nearly 140 items in 133 cities around the world https://t.co/4gvgf8zAhR

The biggest move was recorded by Tehran, which jumped 27 ranks due to the impact of US sanctions, according to the 2020 Global Cost of Living report. Elsewhere, it is the consequence of the health crisis on the dollar that is the main factor in the variation of purchasing power in many countries. “The Covid-19 pandemic caused the US dollar to lose value while the currencies of Western Europe or North Asia strengthened, which had consequences for the price of goods and services “, Notes Upasana Dutt, one of the study’s leaders.

Rise of the euro and the Swiss franc

Thus, “Paris and Zurich have joined Hong Kong at the top of the ranking because of the rise of the euro and the Swiss franc against the dollar,” notes the report, which specifies that prices in Singapore fell in particular because of ” lower demand following an exodus of foreign workers. In Osaka, “consumer prices have stagnated and the Japanese government has subsidized costs such as public transport.” In the United States, New York lost one place to find itself tied for seventh with Geneva, and Los Angeles fell to ninth place, tied with Copenhagen.

Everywhere, the cost of living has fallen in the wake of clothing prices, workers assigned to home because of containment measures in the face of the pandemic have postponed the purchase of new outfits. Conversely, the rise of teleworking has caused a surge in purchases of electronic devices, a product category that saw its prices increase the most according to the study.