Paris let the genocidaires go in 1994 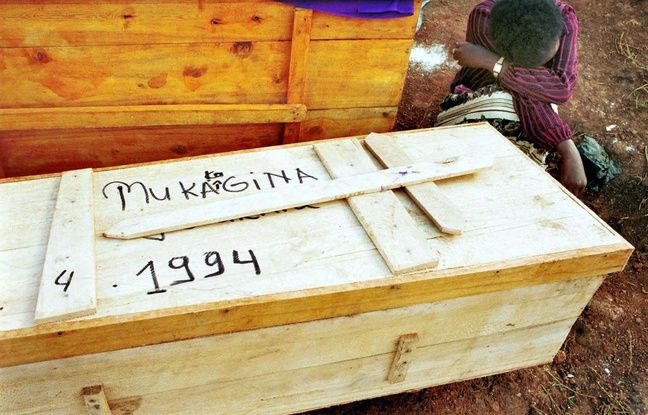 France decided in July 1994 not to question the Rwandan authorities responsible for the genocide, according to a diplomatic telegram at the time. This document, revealed on Sunday by Médiapart and obtained by AFP from François Graner, author of several books on Rwanda, constitutes according to the latter “the missing written piece, an essential piece of the puzzle” on the role of France in Rwanda .

Ambassador Yannick Gérard, then representative of the Quai d’Orsay in Rwanda as part of the military-humanitarian operation Turquoise, had asked for instructions concerning the presence of genocidal officials in the “Safe Humanitarian Zone” controlled by the French military.

“You can (…) use all indirect channels and in particular your African contacts, by not exposing yourself directly, in order to convey to these authorities our wish that they leave the Safe Humanitarian Zone”, replied a telegram “confidential diplomacy” , dated July 15, 1994.

“You will stress that the international community and in particular the United Nations should very soon determine the conduct to be followed with regard to these so-called authorities”, continues the text, referring to the former Kigali regime folded in Cyangugu (south -west), on the border with Zaire (now Democratic Republic of Congo).

According to the UN, around 800,000 people, mainly in the Tutsi minority, were killed in three months in massacres that began after the attack on President Habyarimana’s plane on April 6, 1994.

Operation Turquoise was a military-humanitarian intervention launched by Paris, under a UN mandate between June and August of the same year. Its detractors believe that it was actually aimed at supporting the genocidal Hutu government. The gray areas on the role of Paris before, during and after the genocide of the Tutsis remain a recurring source of controversy in France and poison relations with Kigali for more than 25 years.

The telegram comes from the archives of Bruno Delay, the Africa adviser to President François Mitterrand, according to François Graner, close to the Survie association, engaged against “Françafrique”. French administrative justice authorized in June Mr. Graner to consult the presidential archives on Rwanda, at the heart of the controversy.

According to Médiapart, Ambassador Yannick Gérard had demanded “clear instructions” on the conduct to be taken vis-à-vis those responsible who, according to him, bore “a heavy responsibility in the genocide”. He felt that he had “no other choice, whatever the difficulties, but to arrest them or immediately put them under house arrest.”

The Quai d’Orsay, headed at the time by Alain Juppé, therefore decided otherwise. The telegram is signed by Bernard Emié, adviser to the head of French diplomacy, now head of the French foreign intelligence services (DGSE).

“The revelation of this telegram once again raises the question of the real role of the French army deployed in Rwanda, in particular of Operation Turquoise”, responded to AFP Me Thierry Plouvier, lawyer for Survie.

The judicial investigation into Turquoise, accused by survivors of having knowingly abandoned hundreds of Tutsis, massacred in the hills of Bisesero (west) at the end of June 1994, has still not been decided by the judges, despite the end of the investigations. ordered in 2019.

“One can wonder if the real objective of the armies was not to serve this” indirect strategy “of support to the genocidal power recommended to President Mitterrand by Christian Quesnot”, his particular chief of staff, in a note from the May 6, 1994, added Me Plouvier. “In 2021, we are still confronted with a judicial authority which bends the knee in front of the soldiers and refuses to go to investigate in the choir of the capacity where the decisions were taken”.

The Prime Minister of the time Edouard Balladur announced at the beginning of January the imminent opening of his archives on Rwanda. In his statement, Edouard Balladur affirmed that Operation Turquoise had “ensured the protection of the victims whoever they were, and dissuaded the continuation of violence”.