Paris, Neuilly-sur-Seine and Ile-de-France on the first steps of inequality in France 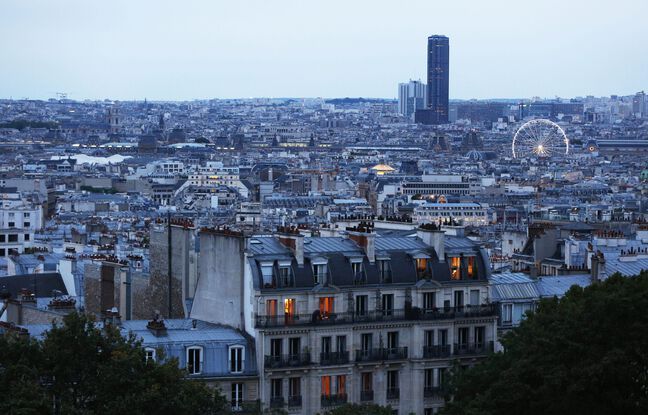 Ah Paris the city of light, the capital of love, Paname the great lady… but also the most unequal department in France, and the second most unequal city in France in terms of income. These are the conclusions of the 2021 edition of the report on inequalities in France by the Observatory of inequalities, made public this Wednesday, among other facts and figures on the Ile-de-France region and its cities.

In Paris, the richest 10% have incomes 6.4 times higher than the poorest. They earn an average of at least 5,750 euros against a maximum of 900 euros per month for the poorest, a difference of nearly 5,000 euros.

If we look at its status as a city and no longer as a department, and compare it to other cities, Paris is also the second most unequal city in France. But beware, Paris being a very populated city, these inequalities can also be the sign of a great variety of the population, “which is not an evil in itself”, points out the Observatory. Paris is home to poor people and rich people, “in other words, inequalities are widening from below”, sums up the observatory.

Hauts-de-Seine, Val-de-Marne, Yvelines and Seine-Saint-Denis are also ranked among the ten most unequal departments in France. Seine-Saint-Denis is because of the particularly low incomes of its poorest inhabitants (a maximum of 740 euros per month for the poorest 10%, against 960 euros for the national average), while the better-off have at least 2,830 euros per month.

“On the other hand, in the Hauts-de-Seine, it is the better-off who drive up the inequality indicators,” notes the observatory, with monthly incomes of at least 5,000 euros.

Île-de-France is the most unequal region in France

Among the regions, Île-de-France is the most unequal region in France. The minimum income of the richest 10% is equivalent to 4.5 times that of the lowest 10%, according to 2018 data from INSEE. The richest 10% receive (after taxes and social benefits) 4,100 euros, against 920 euros for the poorest 10%.

There is obviously a historical explanation for this, linked to the distribution of economic activities, traditionally concentrated around the capital, due to the Jacobin nature, centralized power.

The median income in Île-de-France is 1,988 euros

Do you want to know if you earn more or less than most Ile-de-France residents? For that, it is necessary to rely on the median income, and not the average income, which can give a distorted information of reality, because the high incomes pull the average upwards. The median income divides the population in two: half earn less, the other half more. In Île-de-France, it is 1,988 euros. This is a little more than the French median, which is 1,811 euros.

In Paris, we still have to add a few hundred euros to be able to pull ourselves straight up halfway between rich and poor: Parisians have a “median” of 2.356 euros in income, after taxes and social benefits, of course. .

Neuilly-sur-Seine the most unequal city in France

Finally, at the top of the podium of the most unequal cities of more than 20,000 inhabitants, we find Neuilly-sur-Seine (Hauts-de-Seine). The richest 10% have an income eight times higher than its inhabitants the poorest 10% (at least 10,200 euros per month against at best 1,260 euros), according to 2018 data from INSEE. An inhabitant exactly in the median earns… 3,900 euros per month. In other words, being rich or poor is very relative to the territory where you live.

Thirteen large cities in the Paris region are also among the 20 most unequal cities in France. These towns are mainly located in Hauts-de-Seine: Boulogne-Billancourt, Saint-Cloud, Levallois-Perret, Sèvres, Asnières-sur-Seine, Suresnes, Bois-Colombes and Meudon. But we also find Saint-Mandé in the Val-de-Marne.