Paris warns London not to play with Northern Ireland protocol 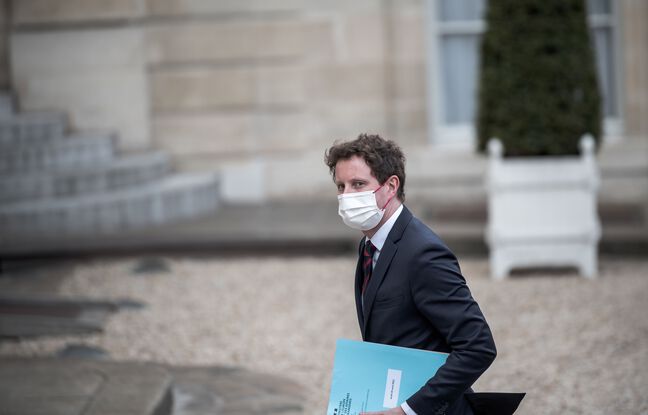 French Secretary of State for European Affairs Clément Beaune has warned Britain not to play with the post-Brexit trade rules of the Northern Irish Protocol as fears of violence increase this summer in Northern Ireland . London must be “responsible” about this text, asked Clément Beaune on Saturday in The Hague in front of a small group of media, after discussions with the Dutch Minister for Foreign Affairs.

“We cannot accept that there is a political game on such a sensitive issue,” continued Clément Beaune. “It is a central piece of European stability, we cannot play with that. We will never play with it. But we cannot accept that the protocol is treated lightly by any party ”. “So I’m just saying, and of course we are discussing this with the British side, don’t play with the protocol,” he added.

The Northern Irish protocol, bitterly negotiated in 2019 between London and Brussels, has introduced customs controls on goods arriving in Northern Ireland from Great Britain since the beginning of the year. Included in the Brexit treaty, it aims to prevent the return of a land border between the British province and the Republic of Ireland, a member of the European Union, which would weaken the peace agreement that ended in 1998 at three decades of bloody conflict between unionists, attached to maintaining under the British crown, and republicans, in favor of the reunification of the island.

But the Unionists denounce the de facto introduction of a border in the Irish Sea. The protocol helped trigger riots in early April in Unionist neighborhoods, with 88 wounded police officers, and pushed Prime Minister Arlene Foster to resign, victim of a sling within her political formation, the Unionist party DUP.

June could be hectic

On Monday, British Minister for EU Relations David Frost called on the EU to reach an agreement on the difficulties posed by the protocol before July 12, when Orange marches commemorate Protestant rule over the province . “We all know that late spring and summer in Northern Ireland can be hectic at times,” he insisted. For Clément Beaune, “the protocol is not a problem. The protocol is a solution to border problems that were created by Brexit ”.