Parisians now favor Marseille in Bordeaux for their move 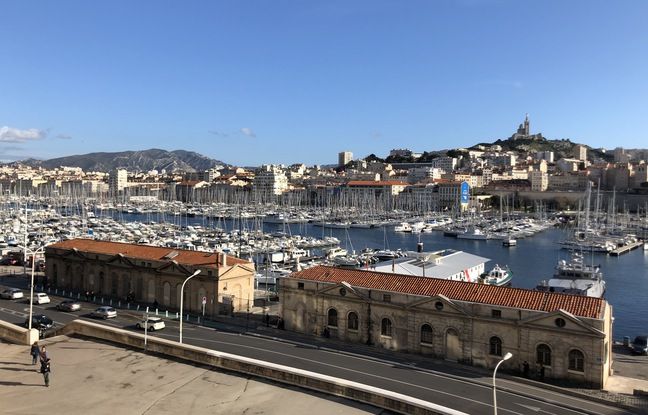 “It’s cheaper, the weather is nicer, there is the sea, and people are more relaxed! “So many unstoppable reasons that now push Parisians to come to settle in Marseille. Already very largely squatted this summer by holidaymakers, many of whom live in the Paris region, Marseille is in fashion. Crazy when you think that there is not even ten years the answers would have been rather of this invoice: “It is dirty, dangerous, and the Marseillais are special”.

Laetitia is one of those who recently took the plunge, at the very beginning of summer: “It was a one-year reflection. I benefited from a professional transfer and I live in an apartment in the 9th arrondissement between the hill and the village. I wanted another life, turned towards nature, the sea and especially the sun. It’s been five months now and I absolutely do not regret my choice ”.

Virginie did not think that Marseille could be so welcoming, she who did not know the city. “My husband got a job. Marseille was not at all our wish, being myself from Bordeaux. I thought there was no professional future for me in this city. What a mistake ! I am in dentistry and I found work straight away, we quickly found a large apartment for the price of a studio in the 20th district in Paris or a 2/3 room apartment in Bordeaux. We go to the sea on foot to bathe, go for walks. The weather is very nice almost all year round. For my part, I who did not want to leave Paris, I will never return to live there and even to go to Bordeaux, I will not leave Marseille, ”she confides.

This attraction of the inhabitants of Paris for Marseille is growing. This is shown by a study carried out by Nextories, an online movers booking platform, with 1,017 people representative of the French population. And Parisians move for 9.3% of them to the Bouches-du-Rhône department, which is the first departure destination, outside Ile-de-France.

“Bordeaux had been in first place for more than three years, this is the first time that Bordeaux has fallen for Marseille. To see if it is a one-off development, as it could have been the case with Brittany, or if it is a more marked trend ”, executive Julien Bardet, co-founder of Nextories.

“Marseille regains its letters of nobility”

This trend is also observed among real estate professionals. “We are indeed seeing a renewed appeal for Marseille on the part of Parisians, among others. The Bordeaux market is locked, there are fewer interesting possibilities: Bordeaux is more expensive than Marseille and Lyon is also well bordered. Marseille is the city where there is the most potential and proximity to the Calanques plays a role in it ”, relates Jean-Luc Lieutaud, president of the Paca territorial pole within the Union of real estate unions (United).

And these new buyers are not just there to invest. “There is a bit of everything. Some move to Marseille to work there, the development of teleworking has something to do with it, others choose a second home. And about 60% invest, these are not the same costs as in Bordeaux or Lyon. There are also retirees who choose to come and settle in Marseille. Nice or Cannes offer months of attractiveness. Here there are nevertheless theaters, show rooms. Marseille is regaining its letters of nobility, ”he notes.

“This city is not for the fragile”

But all is not ideal either, and some face certain realities such as the lack of transport, pollution or the state of schools. “Getting to grips with incivility, the city’s lack of organization is really not easy. Even sorting out the bins seems to be an obstacle course, ”explains Aurore, who has found the city very pleasant for ten years. “You have to form your own opinion of this city so criticized and yet so magical. You have to take an interest in it and take the time to learn about the history of Marseille and its inhabitants, ”recalls Laetitia.

Residents who, on the other hand, do not necessarily see this renewed attractiveness in a positive light. “I don’t know if, for us, Marseille, this is good news,” asks Jo. “Break you the Parigos, this city is not for the fragile there is no metro, no job and only three Monoprix”, sums up, a bit angry, a Marseillais who, like others, is afraid that his city ​​is “boboïse”.