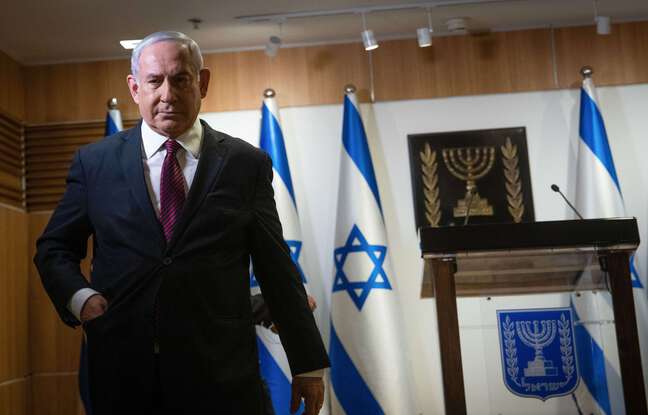 Israel is in the midst of a political crisis. Parliament dissolved at the stroke of midnight on Wednesday, calling for new elections, the fourth in two years. This decision enshrines the impossible union of Benyamin Netanyahu and Benny Gantz in the same government.

The forced marriage will therefore have been short-lived. Eight months at most, before the divorce and the return to the electoral campaign, this time with a Covid-19 pandemic and the corruption trial of Prime Minister Netanyahu, which is due to take off in early 2021. The new ballot is scheduled for March.

On Wednesday, at the first second of the deadline for adopting the state budget, parliament dissolved for lack of agreement on the budget within the “unity and emergency” government formed in April. by Prime Minister Benjamin Netanyahu and his ex-rival Benny Gantz. After three polls that placed them neck and neck, the two men had provisionally buried the hatchet in the spring in order to end the longest political crisis in Israel’s history, by allying in a single government.

The agreement provided in particular for a rotation for the post of Prime Minister and the adoption of a single budget for the years 2020 and 2021. But to concretize this rotation, and allow Benny Gantz to accede to the post of head of government l next year, parliamentarians had to agree on the budget beforehand, a step they ultimately never took.

The budget saga spanned months with a deadline of December 23. If by that date no compromise was found, the Knesset (Parliament) dissolved and the Israelis were called again to the polls. To avoid this scenario, Benny Gantz’s centrist Kahol Lavan had proposed a last-chance compromise: vote two separate budgets, one at the end of December, the other at the beginning of January. But on Tuesday, parliamentarians rejected, by 49 votes to 47, this compromise, leaving no room for doubt on the fate of the government.

The Israeli press on Tuesday crushed Benny Gantz, a former head of the army, who failed to get his justice reforms adopted, to become prime minister, or simply to keep his own political formation intact. “The moment has perhaps come for him to say simply: I tried, I wanted, I failed, I withdraw”, thus estimated the Yediot Aharonot, the best-selling title in the Hebrew press.

If General Gantz lost this political battle, Benjamin Netanyahu has not come out unscathed in recent months, faced with the dispersion of his troops as he approaches his appearance in early 2021 at his trial for corruption. It will be the first in Israel’s history for a sitting head of government. The campaign may therefore be difficult for these two leaders.