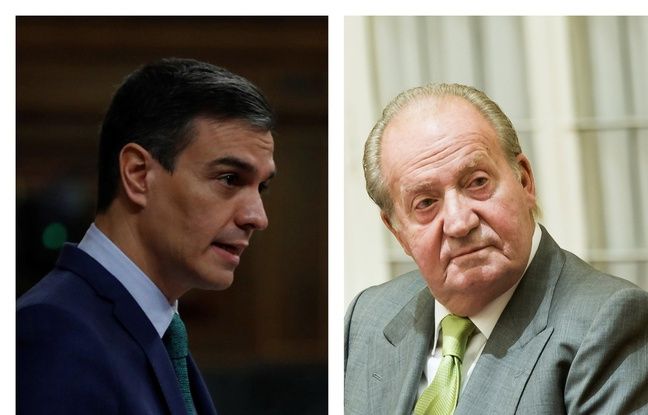 Juan Carlos continues to elicit strong reactions from him. The head of the Spanish government, Pedro Sánchez, expressed this Friday his “repulsion” towards the “uncivil conduct” of the former king of Spain, after the announcement of the payment by the latter of nearly 4, 4 million euros to settle a tax slate.

“I will categorically express the same feeling as the majority of Spaniards, which is repulsion (…) in the face of uncivil behavior that we have discovered through the media”, he declared to the press at the palace of the Moncloa.

“Here, what is in question is the behavior of a person,” he also stressed. “It is not an institution, neither the royal palace nor the crown, which is in question,” he continued.

“The current king”, Felipe VI, son of Juan Carlos, “marked a before and after in terms of exemplarity, transparency and good use of public funds and has, consequently, all my support”, he said. the Socialist Prime Minister.

A payment of 4.4 million euros to the tax authorities

The former king of Spain Juan Carlos, in exile in Abu Dhabi and targeted by several judicial inquiries, paid nearly 4.4 million euros to the tax authorities in order to regularize his situation, his lawyer announced on Friday in a press release. .

The purpose of this payment is to regularize the tax obligations arising from private jet flights which the former monarch had benefited from and which had been paid by a foundation based in Liechtenstein belonging to one of his distant cousins.

This is the second time that the former sovereign has thus settled his debts with the tax authorities. In December, he had already paid nearly 680,000 euros, a regularization linked to an anti-corruption investigation into the use by Juan Carlos of credit cards linked to bank accounts in the names of a Mexican entrepreneur and an officer. of the Spanish Air Force.