Pentagon chief gets filmed getting vaccinated 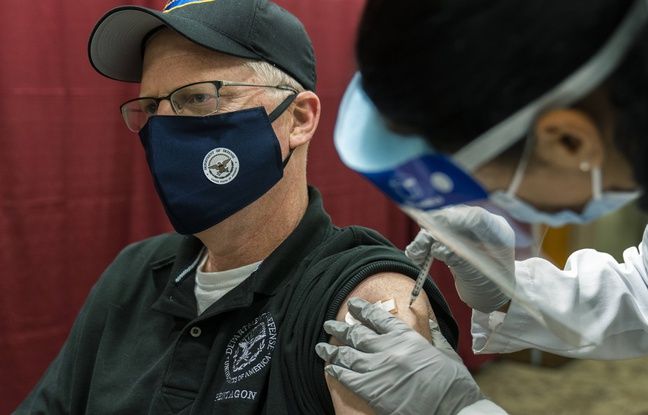 The objective is clearly to set an example to reassure the population of the most bereaved country in the world, with more than 300,000 people having died from Covid-19. Pentagon chief Christopher Miller was among the first Americans to be vaccinated on Monday. Above all, he did it in front of a camera to encourage these fellow citizens to do the same.

” That’s all ! ? Let’s see, but it doesn’t hurt at all! Joked the Acting Secretary of State for Defense, filmed receiving the vaccine at Walter Reed Military Hospital in suburban Washington.

The Pentagon announced last week that even if the first doses of the vaccine are intended primarily for military medical personnel, the minister and the highest ranking officers of the US military would be “vaccinated voluntarily, in a very public way, to pass the message about the effectiveness and safety ”of the vaccine. Besides Christopher Miller, his number two David Norquist, the Chief of Staff, General Mark Milley, and all the generals on the staff must receive the vaccine.

The American vaccination campaign, the largest in its history, is initially targeting the most exposed caregivers and retirement homes. Nearly three million doses must be distributed by Wednesday, with the goal of vaccinating some 20 million Americans by the end of December and 100 million by the end of March.