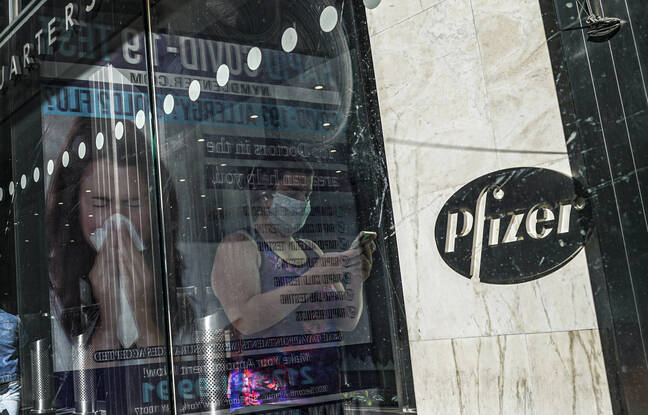 The announcement had been expected for several days, after the publication of encouraging results for the candidate vaccine developed by Pfizer and BioNTech. The two companies confirmed on Friday that they would file a marketing authorization application this Friday with the United States Medicines Agency (FDA). They thus become the first manufacturers to make this request in the United States.

“The demand in the United States represents a crucial step in our quest for a Covid-19 vaccine for the world, and we now have a more complete picture of the efficacy and safety of our vaccine, which gives us confidence in its potential, ”said Pfizer CEO Albert Bourla. The vaccine has also been continuously evaluated for weeks by the European Union, Australia, Canada, Japan and the United Kingdom.

The FDA has not said how long it will take to review the data, but the US government expects a green light in the first half of December. Donald Trump’s administration is already planning to vaccinate 20 million people in December, then 25 to 30 million per month.

Europe could follow quickly: from the second half of December for the European Medicines Agency, according to Commission President Ursula von der Leyen. Another vaccine, by the American company Moderna, as effective, is on the heels of Pfizer.

A technology developed in March

The speed of these developments is unprecedented in the history of vaccines. It has taken eight years of development on average for vaccines licensed in the last decade in the United States. BioNTech only offered its groundbreaking messenger RNA technology to Pfizer in March, when the world was going through its first lockdown. The first volunteer received the vaccine on April 23 in Germany, in the first phase of the trials. Half of these volunteers received a placebo, the other half the experimental vaccine, without knowing which one.

They lived their lives normally, with the same cautionary advice as the rest of the population. Gradually, with the outbreak of the pandemic in the United States in the fall, the number of Covid-19 cases jumped in the placebo group – but not in the vaccinated group.

Phase 3, the last, began on July 27 and has since recruited 44,000 participants on several continents. The publication of the latest results of the clinical trial carried out since July on 44,000 volunteers in multiple countries, indicates that the vaccine would be 95% effective in preventing Covid-19 without serious side effects. The statistic is clear: a vaccinated person was 95% less likely to catch Covid-19 than a non-vaccinated person. Better still, the vaccine seems effective in preventing severe forms of the disease, and it would be as effective in young people as in those over 65.

As a first step, the FDA will grant an authorization for emergency use, a conditional green light, linked to the health emergency, and probably restricted to certain groups. “Companies will be ready to distribute the vaccine within hours of authorization,” the companies said in their statement.