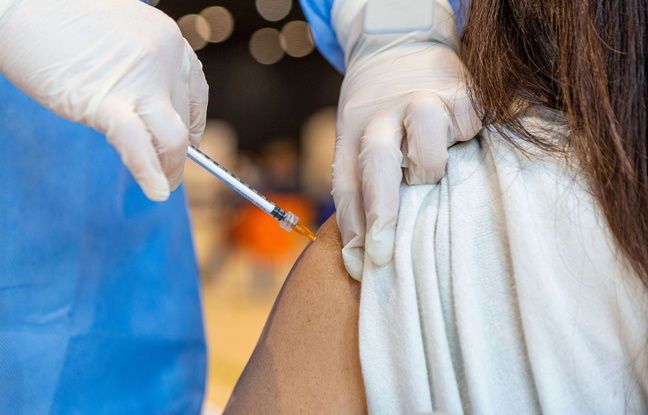 A new step in the American vaccination campaign. Authorization for Pfizer / BioNTech’s Covid-19 vaccine has been extended to adolescents aged 12 to 15 in the United States, the United States Medicines Agency announced on Monday.

This is “an important step in the fight against the Covid-19 pandemic,” Janet Woodcock, the acting chief of the FDA, said in a statement.

The first injections “from Thursday”

The vaccine has so far been authorized on an emergency basis for people aged 16 and over. It can now be given to millions more adolescents, as two injections containing the same strength as the vaccine for adults. A meeting of the Centers for Disease Prevention and Control (CDC), the country’s main federal public health agency, is yet to be held on Wednesday. The first injections could thus begin “on Thursday,” said Peter Marks, an FDA official, at a press conference.

Canada became the first country to authorize the remedy for this age group on Wednesday. The European Medicines Agency (EMA) is also studying this extension of Pfizer’s vaccine for adolescents. “If you are parents and want to protect your child, or a teenager who wants to be vaccinated, today’s decision is one more step towards this goal,” said US President Joe Biden on Monday. He had underlined in recent days the crucial role of this authorization for the continuation of the American immunization campaign, the pace of which is currently slowing down.

20,000 pharmacies should be able to vaccinate adolescents very quickly, and doses will then be sent to pediatricians, he said last week. This second channel will however require special measures “because of the vaccine storage conditions”, which needs to be kept at a very low temperature, said Janet Woodcock. The data the FDA relied on to make its decision came from a clinical trial involving more than 2,000 adolescents aged 12 to 15, about half of whom received the vaccine and the rest received a placebo. The side effects seen were “similar” to those seen in those over 16, said Peter Marks.

Among the 1,005 adolescents vaccinated, no cases of Covid-19 were observed, compared to 16 among the 978 adolescents who received the placebo. Either “100% effectiveness” against the symptomatic forms of the disease, he noted. In addition, the vaccine-induced immune response has been studied in 190 adolescents aged 12 to 15, and compared to that of 170 people aged 16 to 25. Conclusion: The immune response “was even better” in the youngest group, detailed Peter Marks. The follow-up of participants in this clinical trial will continue in the future, he added. Adolescents typically develop milder forms of Covid-19 than adults, so getting them vaccinated has not been a priority until now.

However, they are not immune to infection. From March 1, 2020 to April 30, 2021, around 1.5 million young people between the ages of 11 and 17 contracted Covid-19, according to US health authorities. In addition, they participate in the transmission of the virus within the population, and their immunization will therefore help to curb the epidemic. It could also help facilitate the reopening of full-time schools.

What about those under 12?

As far as the youngest still are concerned, Pfizer / BioNTech announced a week ago that they hoped to file an emergency authorization request for their vaccine in September for children aged 2 to 11 in the United States. The filing of an authorization request for children from 6 months to 2 years could take place “in the fourth quarter”, had declared the boss of Pfizer, Albert Bourla, on the occasion of a conference call on the quarterly results of the American laboratory. The FDA announced Monday a meeting of its specialized committee on vaccines, on the emergency use of vaccines in children, for June 10.

In smaller children, “different dosages”, lower, may be used, and specific forms of the disease exist, such as what has been called multisystem inflammatory syndrome in children, recalled Peter Marks. “We want to make sure that we don’t see anything untoward in the youngest children,” he added. Two other vaccines are currently authorized in the United States, those of Moderna and Johnson & Johnson, both from the age of 18.