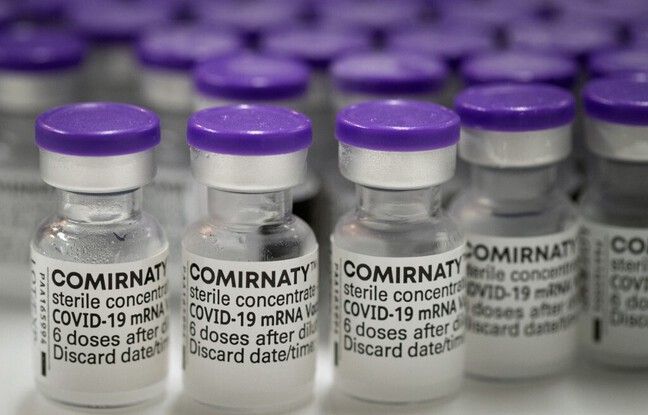 The BioNTech and Pfizer laboratories will increase the deliveries of their anti-Covid vaccine to the EU by 50 million doses in the second quarter, to reach 250 million doses over the period, announced on Wednesday the President of the European Commission Ursula von der Leyen. The delivery of these additional doses, initially scheduled for the 4th quarter, will begin in April, the head of the European executive told the press.

This announcement comes as the American Johnson & Johnson, which is due to deliver 55 million doses to the Twenty-Seven in the 2nd quarter, announced Tuesday “delay the deployment” of its single-dose vaccine in Europe after the United States reported clots. blood in vaccinated people. In addition, Brussels has opened formal negotiations with BioNTech and Pfizer to order them 1.8 billion additional doses of so-called “2nd generation” vaccines, intended to fight against current and future variants of the coronavirus, said Ms. von der Leyen. .

These vaccines, whose deliveries are scheduled for 2022 and 2023, will be added to the 2.6 billion doses already ordered by the EU and which must be delivered to the 27 this year and next year. The objective is to anticipate the mass vaccination of children and adolescents, but above all the emergence of variants against which the vaccines currently administered could prove to be powerless – which would require formulas modified accordingly.

The messenger RNA technology, used by BioNTech-Pfizer but also by the American Moderna, is judged to be faster and easier to adapt, and messenger RNA vaccines are currently considered to be more effective against the so-called “southern” variants. African ”and“ Brazilian ”- unlike the AstraZeneca. While Europeans have faced significant delays in laboratory delivery, this new contract will provide for a “delivery obligation” with a monthly (and no longer quarterly) schedule for deliveries, according to a European source.

In addition, the production of vaccines but also of their components will have to be based in Europe, urged Ursula von der Leyen on Wednesday. She said she hoped that the negotiations “will be concluded very quickly”, without ruling out that “other contracts with other groups” may follow. The European Commission – in charge of vaccine pre-orders on behalf of the Member States – had indicated at the end of March that it was counting on the delivery of at least 360 million doses in total in the second quarter (200 million BioNTech-Pfizer doses, 35 million Moderna, 55 million from Johnson & Johnson, as well as 70 million from AstraZeneca).

Member states have so far received some 126 million doses in total, and 100 million have been administered, said Ursula von der Leyen. In total, more than 27 million people in the EU are now fully vaccinated after receiving two injections.