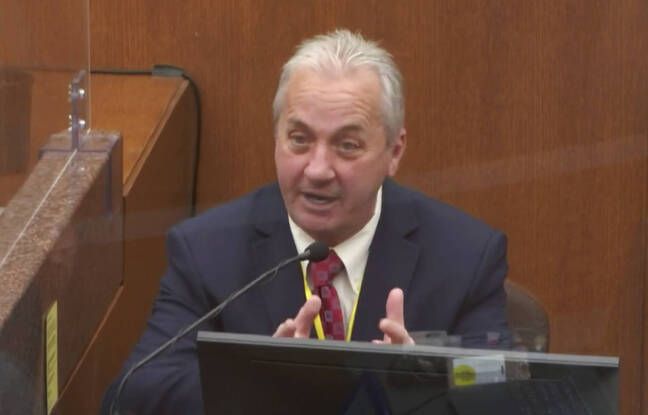 In the United States, it is called the “blue wall of silence”. A police officer involved in a homicide is rarely charged, let alone sentenced, in particular because of the strength of the unions and a “wall of silence” respected by all those who wear the blue uniform. But at Derek Chauvin’s trial, two former colleagues assured jurors that the force used against George Floyd was “unwarranted.”

On Friday, it was the most experienced Minneapolis police officer who gave damning testimony against Derek Chauvin, deeming “absolutely unnecessary” the “lethal” force used to subdue African-American George Floyd.

Richard Zimmerman, a police officer for nearly 30 years including 25 in the big city in the north of the United States, was called to testify on the fifth day of this extraordinary trial which captivates America and the world. “I am the number one in seniority, I hate to say it, but it is like that”, had declared by way of introduction this officer with the white hair, who directs the unit of homicides in Minneapolis and had, as such , supervised the beginnings of the internal investigation opened after the death of George Floyd on May 25.

In an exchange with District Attorney Matthew Frank, Richard Zimmerman calmly dealt a fatal blow to that line of defense:

– “Have you in your years in the Minneapolis Police Department been trained to put your knee on the neck of someone handcuffed face down?”

– Does this correspond to the use of force?

– The maximum, a deadly force.

– Because kneeling on someone’s neck can kill them. “

“Difficult breathing” on the prone

A little later, Zimmerman hit the nail on the head. “Putting him face down with one knee on his neck for that long was just unwarranted,” “absolutely not necessary,” he said.

“I do not see why the agents felt in danger”, only reason which could, according to him, explain such a measure. Indeed, once a suspect is handcuffed, “the risk of being injured decreases sharply,” he said.

Zimmerman also explained that during continuing education he was informed of the risks of leaving someone prone. “You have to get out of it as quickly as possible, because it makes breathing more difficult”. And, he insisted, “when you handcuff someone, they are yours, their safety and health are your responsibility”, even if an ambulance has been called.

Derek Chauvin’s lawyer, Me Eric Nelson then tried to weaken the scope of his testimony by stressing that he was no longer doing the field and that training may have changed since his studies. Without blinking, Mr. Zimmerman replied that keeping someone prone had always been dangerous. “It hasn’t changed. “

The day before, it was Derek Chauvin’s former superior, Sergeant David Pleoger, who had disowned his ex-subordinate, responding to the prosecutor: “When he no longer resisted, the officers could have stopped keeping him” on the ground .