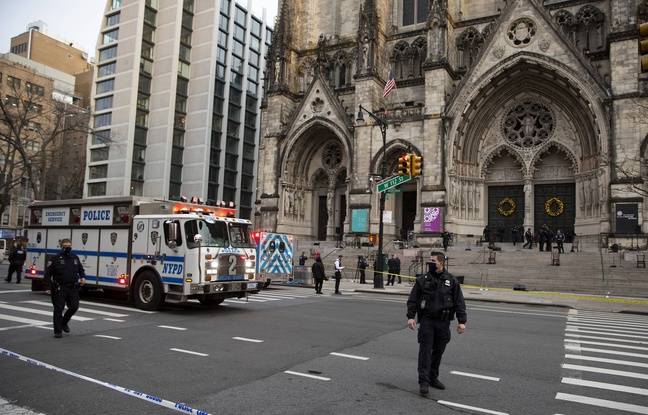 The toll could have been very heavy. A man was shot dead by New York City police on Sunday after shooting into the crowd gathered for a Christmas carol concert outside St John the Divine’s Cathedral in Manhattan. No one in the public was affected by the shots, said New York Police Commissioner Dermot Shea.

A bag with a lot of gasoline

Three police officers who intervened at the scene fired fifteen times in the direction of the man, whose identity was not communicated, hitting him at least once in the head. Police found two handguns at the scene and a nearby bag containing a full tank of gasoline, ropes, cable and numerous knives, Dermot Shea added.

A spokeswoman for the New York Police Department had earlier said that officers used their guns after the man began shooting. An AFP reporter who witnessed the scene reported that the man fired outside this church in Manhattan as a few hundred people began to disperse after the chanting ended. “I heard two or three detonations,” she said. “I looked up and maybe ten meters away from me on the steps there was a guy shooting.” “I saw the flames coming out of the cannon, I started to run, to save my skin.”

Martha Stolley, another witness, estimated that the man fired eight or ten times before he was shot by police. “He was shooting without aiming,” she explained, adding that the man was shouting, “Take me down, kill me!” “.