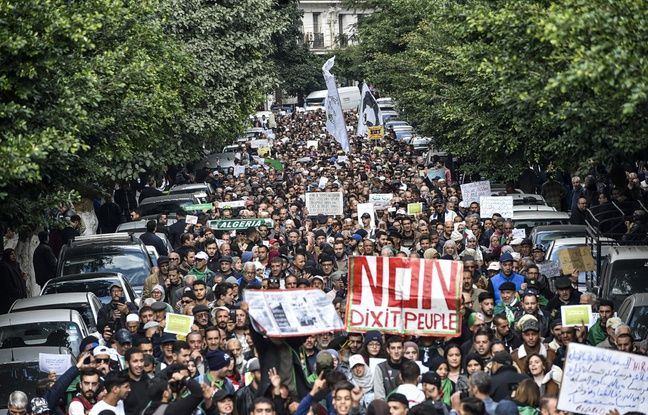 For the first time since the resumption at the end of February of the marches of the Hirak pro-democracy movement in Algeria, the police prevented students from demonstrating in Algiers on Tuesday, as they do every week, according to AFP journalists and witnesses. .

Deployed in large numbers in the center of the capital, police officers dispersed the protesters and carried out numerous arrests on the Place des Martyrs, at the foot of the famous Casbah (old town), the starting point for the weekly parade of students.

The arrested people were then taken in police vans to police stations in the wilaya (prefecture) of Algiers, testified Karim, a trader used to student marches.

At midday, only police officers were present at Place des Martyrs and in the alleys that the procession traditionally takes, according to a photographer. The Algerian League for Human Rights (LADDH) rose up against police repression and denounced a “new authoritarian drift”.

The ban on the demonstration comes amid intensifying repression against Iraqi militants, political opponents and journalists, ahead of the early parliamentary elections organized by the regime on June 12.

According to the specialist site Algerian Detainees, 66 prisoners of conscience are currently imprisoned in the country, prosecuted in connection with the Hirak and / or individual freedoms. Born in February 2019 from the massive rejection of a fifth term of President Abdelaziz Bouteflika, the Hirak calls for a radical change in the political “system” in place since independence in 1962.