Poor people pay the bill for the economic crisis 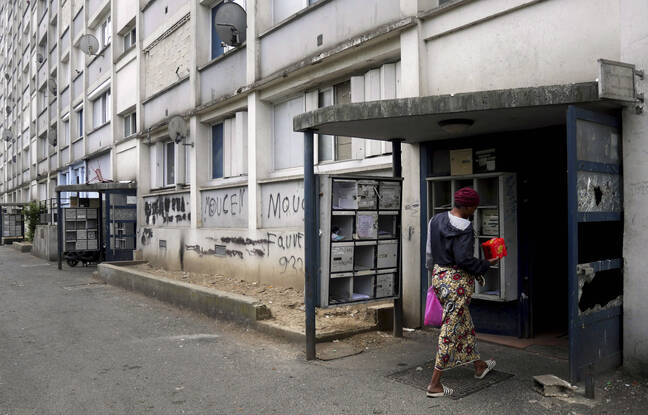 Soon more than 10 million, even 11 million poor people in France? In view of the economic crisis caused by the coronavirus, this terrible figure is far from a far-fetched hypothesis. Indeed, according to the latest INSEE count established in 2019, the country already has 9.1 million people living below the poverty line *, that is to say with less than 1,070 euros net per month. And numerous data, some of which published this Thursday by INSEE, point to a grim horizon in 2021.

The best known is that of the beneficiaries of the RSA (active solidarity income). At the end of December 2020, 2.06 million households were receiving this social minimum, or 143,000 more in one year, which testifies to a “financial deterioration” according to INSEE. Several other benefits intended for low incomes have also recorded an influx of requests: the specific solidarity allowance (ASS, + 6.1% of beneficiaries between November 2019 and November 2020), and housing assistance (+ 2.5 % over the same period, after one year of decline). Equally significant, 10,000 students received emergency aid from CROUS in December 2020: an increase of 48% compared to January 2019.

Low-income households in the red

Young workers have also suffered from the poor overall economic situation. According to INSEE, “among households whose reference person is between 25 and 34 years old, 32% declare a drop in income of at least 50 euros [mensuels] »Since March 2020. This is the highest proportion among all age groups. This drop in income affects, more generally, “modest” households (the poorest 20%).

A “great poverty” which draws to the bottom

This increase in the financial difficulties suffered by many households could lead many to poverty, or even “extreme poverty”. In this category defined by INSEE, we find people with incomes of less than 900 euros per month and declaring to suffer many deprivations: inability to heat themselves properly, to buy new clothes … The institute estimates that around 2 million people are currently in a situation of “great poverty” in France.

If it is for the moment impossible to know with precision the effects of the 2020 crisis on this category – the first indicators will be published at the earliest this autumn -, INSEE underlines the deleterious effects of such a situation. “Among the people in great poverty, only 13% came out of monetary poverty and material and social deprivation three years later”. In other words, once you have fallen into it, it is very difficult to get out of it. To stop this spiral as much as possible, the government has drawn up several one-off aid for RSA beneficiaries, or even young people (150 euros paid at the end of 2020 to 1.3 million people).

Not enough for the opposition, which notably demanded the extension of the RSA to 18-25 year olds, in order to better support them financially during the crisis. Carried by rebellious France and supported by the left, the idea was finally buried by the National Assembly at the beginning of the month.

* Monetary poverty concerns people whose standard of living is less than 60% of the median standard of living. This statistic includes households living in “ordinary” dwellings. It does not include homeless people (evaluated at 77,000 by INSEE), people living in “communities”, such as retirement homes and university housing estates (278,000), and people living in “mobile homes”. (108,000). Put end to end, it is therefore 463,000 additional “poor” who could be counted.