Portugal begins a deconfinement which wants to be “cautious” 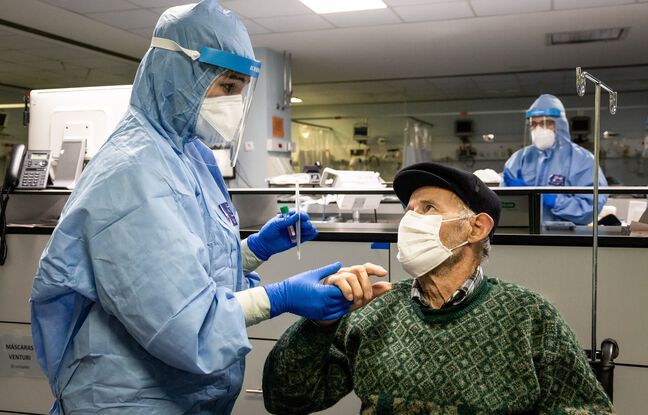 To avoid a resumption of the coronavirus epidemic which hit the country hard at the start of the year, Portugal began on Monday a gradual deconfinement plan with the reopening of nurseries and primary schools, hairdressing salons or bookstores.

“Today we are entering the first phase of deconfinement which must be very careful, gradual and trickle,” Prime Minister Antonio Costa said on Twitter. “We cannot take risks and ruin everything,” he stressed.

Faced with an explosion in Covid-19 cases after the end of the year holidays, which caused a saturation of hospitals, the government imposed a second general confinement in mid-January, followed a week later by the closure of schools. After almost two months of closure of schools, children aged up to 9 years were able to return to their nursery or primary school on Monday. “It is a day of courage, of great responsibility to show that it is possible to return to school,” said Bruno Santos, director of a primary school in Amadora, a western suburb of Lisbon.

For the students, this return to face-to-face teaching is “extremely important for their future because at home, with the computer, they did not learn much”, comments Jessica Madalena, relieved to be able to drop off her two again. children in this establishment surrounded by social housing. In the courtyard, past the euphoria of reuniting with classmates, teachers and the school dog, barrier gestures remained essential, as did the wearing of masks for the older ones. Entry into the school took place in several phases, depending on the level of education, and everyone had to disinfect their hands several times before sitting down in class, with only one student per table.

The reopening of restaurants scheduled for May

In order to support this return to school, the government will rely on the deployment of mass screening in schools. School staff have also been designated as a new priority group to be vaccinated against Covid-19. Their vaccination, which was to start this weekend, was however postponed after the decision taken Monday evening to suspend the administration of the AstraZeneca vaccine. According to the deconfinement plan unveiled last Thursday, the call to stay at home will not be lifted until after the Easter weekend, in three weeks. It is then that the colleges and terraces can reopen, as well as monuments and museums.

High schools, universities and performance halls will have to wait until April 19, while restaurants or gyms will only reopen in early May. After approaching 13,000 new cases per day at the end of January, on a sliding average over seven days, Portugal had fewer than 600 on Sunday for the first time since mid-September. And the number of hospitalized patients fell this weekend below the threshold of 1,000 patients for the first time since mid-October.