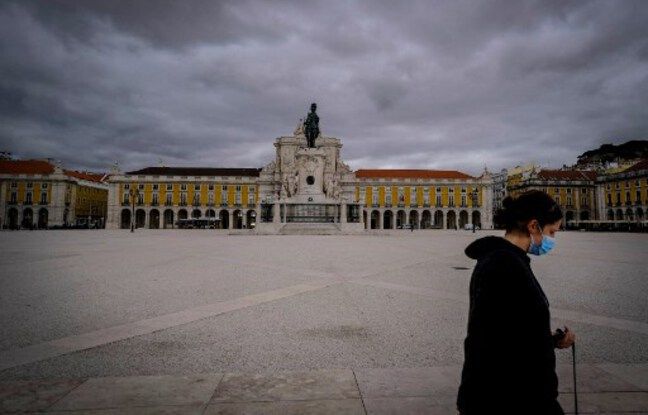 Museums, colleges and café terraces reopen in Portugal on Monday, more than two months after their closure, the second stage of a gradual deconfinement plan to avoid a resumption of the Covid-19 epidemic which hit the country hard at the start of ‘year.

After the reopening of primary schools on March 15, it is the turn of college students to return to their establishments on Monday. The other sectors of activity which reopen to the public will have to observe strict sanitary rules. Gatherings will be limited to four people per table on the café terraces, while group lessons remain prohibited in sports halls and museums will have to adapt their opening hours.

A “real recovery” next summer only?

“We expect to welcome very few visitors” due to the absence of foreign tourists, Antonio Nunes Pereira, director of the Pena National Palace in Sintra, about thirty kilometers from Lisbon, told AFP.

“We expect a real recovery next summer” when “the vaccination process will be more advanced in Europe” and the travel rules will be relaxed, added the manager of one of the most visited monuments in Portugal, with nearly two million visitors in 2019, more than 85% of whom are foreigners.

Explosion of cases after the end of the year holidays

Faced with an explosion in Covid-19 cases after the end of the year holidays, which caused a saturation of hospitals, the government had imposed a second general confinement in mid-January, followed a week later by the closure of schools.

The health situation is reassessed every two weeks with the possibility of introducing restrictions in municipalities with the highest number of cases, according to the government’s plan.

During this period, the authorities decided to maintain the travel restrictions. Flights with Brazil and the United Kingdom remain suspended to limit the spread of the new variants, while controls at the land borders between Portugal and Spain, whose passage is limited to a few exceptions, have been extended until mid-April.