Portugal will end the state of health emergency 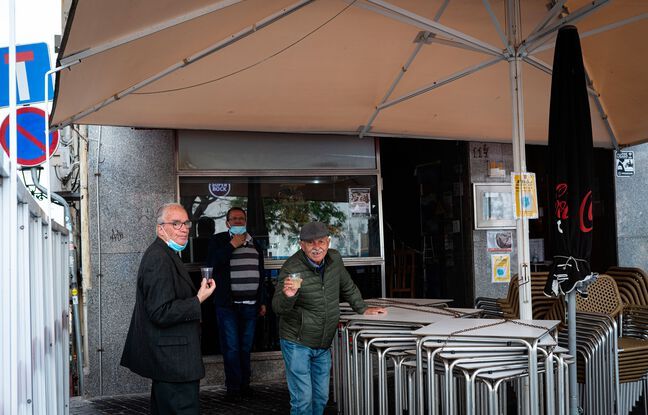 New post-deconfinement step. The state of emergency in force in Portugal since November to curb the Covid-19 pandemic will end on Friday thanks to an improvement in the health situation, the head of state announced on Tuesday.

“I have decided not to renew the state of emergency”, declared the President of the Portuguese Republic, Marcelo Rebelo de Sousa in a televised address. “The stabilization and drop in the number of deaths and people hospitalized (…) weighed on my decision,” he added, however, calling for caution.

No deaths linked to Covid-19 in 24 hours

After a peak of nearly 13,000 new cases of Covid-19 detected at the end of January, the number of daily contagions has stabilized below 500 in recent days. The state of emergency is an exceptional regime which notably allows the government to take measures to restrict certain freedoms in order to slow the progression of the pandemic. After consulting with experts on Tuesday on the health situation in Portugal, the government must decide this week whether it continues with its gradual deconfinement plan.

“The fight against the pandemic is progressing positively”, welcomed Prime Minister Antonio Costa on Tuesday, while the day before the country had not recorded any deaths linked to Covid-19, a first since August 2020. The next and last step of the deconfinement plan is scheduled from Monday, including the return of public events.

After two months of general containment to stem a violent third wave of the epidemic, Portugal had started to loosen the grip in mid-March. Only a dozen municipalities, with an incidence rate that is too high, have not followed all the stages of deconfinement.

Portugal has passed the milestone of 3 million vaccines administered. Nearly 800,000 people have already received the two doses of the vaccine in this country of just over 10 million inhabitants, according to the latest report from the health authorities, whose goal is to reach 70% of the vaccinated population this year. summer.

Share
Facebook
Twitter
Pinterest
WhatsApp
Previous articleNo mask required outdoors for vaccinated people, except in the midst of a crowd
Next articleArmy claims to have eliminated 26 jihadists with the help of French Barkhane forces