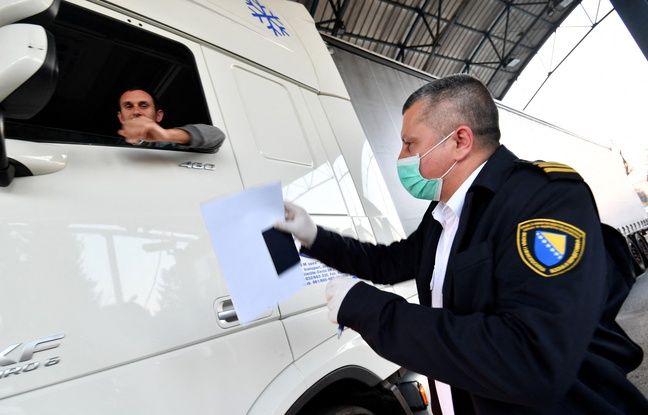 A significant amount of animal fossils dating from around 15 million years ago, including bone fragments attributed by experts to prehistoric elephants, were discovered in a car checked at the Bosnian-Croatian border, the police said on Wednesday. Croatian police. These objects, seized on April 17, were analyzed by experts from the Natural History Museum in Zagreb and their findings were presented on Wednesday at a press conference in Stara Gradiska, on the Bosnian-Croatian border.

“We were able to establish that these are very precious fossil elements for us paleontologists,” said the head of the museum’s geology and paleontology department, quoted in a police statement. “These elements are made up of fragments of fossils of animal species from the Miocene period, dating from around 15 million years ago,” he said.

These are remains – including jaw bones and teeth – attributed, during this preliminary analysis, to prehistoric elephants (Gomphotherium and Prodeinotherium), rhinos (Brachypotherium), pigs (Conohyus) and several other species. missing, according to the same source. “These precious fossil elements will certainly give us new scientific knowledge about life, climate and the environment of the prehistoric past of the Earth, on the territory of Central Europe,” said the Croatian expert.

They were discovered in the trunk of a car registered in Slovenia and driven by a 46-year-old Slovenian national who entered Croatia from Bosnia through the Stara Gradiska border post, 140 km south-east of Zagreb. However, the police do not say whether the driver was arrested.

They would come from a lignite mine located near the Bosnian town of Bugojno (center), declared during the press conference the head of the department of geology and paleontology of the museum, quoted by the site “24 Sata” (24 Hours). An official of the Croatian border police, also quoted by this portal, specified that 82 fossil elements had been discovered in the car.

These fossils will be temporarily stored at the Natural History Museum in Zagreb. This will “prevent deterioration of the material,” the statement said.