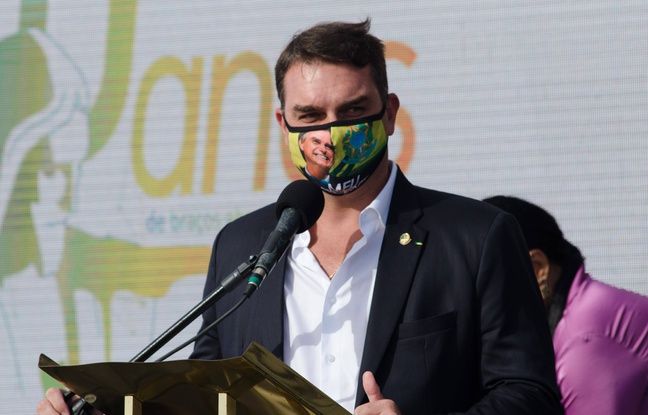 Another provocation. “Stop whining!” », Launched Thursday President Jair Bolsonaro to the population. The far-right head of state who downplays the coronavirus crisis and opposes containment also lambasted the measures taken by many cities to deal with the outbreak of the epidemic.

“Enough with these stories (…) you will cry until when? Jair Bolsonaro, who has been widely criticized for his lack of empathy in this human tragedy, continued by inaugurating a railway section in the State of Goais (center-west).

“Until when are you going to stay home”

“We regret the deaths,” he added, “but where is Brazil going if we stop everything? “How long are you going to stay home, how long is everything going to stay shut?” “, He continued while many cities announced this week in the emergency curfews, early closure of restaurants and bars or non-essential activities in order to contain the outbreak of Covid-19.

“Nobody can take it anymore,” he concluded. Rio de Janeiro was, on Thursday, one of the last big cities to decree the closure of bars and restaurants from 5 p.m., the prohibition of all itinerant sales on the beaches and the movement of people from 11 p.m. to 5 a.m.

Hospitals on the brink of collapse

Since the start of the crisis that makes Brazil the second most bereaved country after the United States, Jair Bolsonaro has given a standoff to governors who wanted to restrict activity, accusing them of undermining the economy. He was particularly opposed to that of Sao Paulo, Joao Doria, a political rival, who announced on Wednesday the return of his state – the economic locomotive of Brazil – in the “red phase”, with a suspension of all non-activities. essential for two weeks, starting on Saturday.

With daily death records, hospitals on the brink of collapse and a snail-pace vaccination campaign, Brazil is facing the most violent moment of the pandemic without any national strategy.