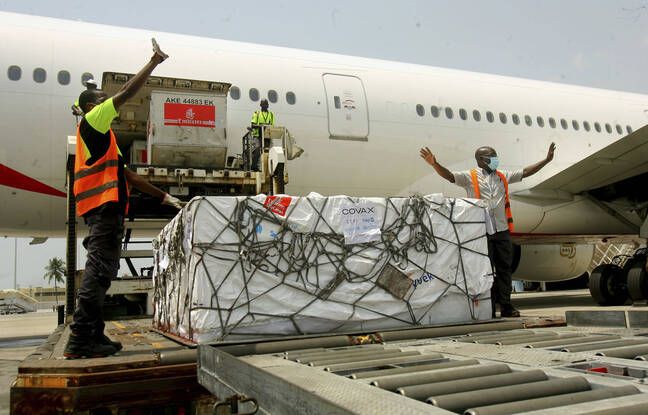 Ghanaian President Nana Akufo-Addo on Monday became the first person in the world to receive an injection of the covid-19 vaccine funded by Covax, the device that aims to provide access to these vaccines to low-income countries.

The 76-year-old president, whose country received the world’s first delivery of Covax vaccines last Wednesday, received a first injection of the Oxford / AstraZeneca vaccine, according to images broadcast live by Ghanaian national television.

Prevent rich countries from being the only ones to have vaccines

“It is important that I lead by example and show that this vaccine is safe by being the first person to receive it, so that everyone in Ghana feels comfortable getting the vaccine,” said the chief of staff. the state in a speech. The Covax system aims to provide anti-Covid vaccines to 20% of the population of nearly 200 participating countries and territories this year, but most importantly it includes a funding mechanism that allows 92 low and middle income economies to access in precious doses.

It was put in place to try to prevent rich countries from monopolizing all the doses of vaccine which are still manufactured in too small quantities to meet global demand. Founded by the WHO, the Vaccine Alliance (Gavi) and the Coalition for Outbreak Preparedness Innovations (Cepi), Covax has reached deals with manufacturers for two billion doses in 2021 and has the potential to ‘buy another billion.

Ghana on Wednesday became the first nation in the world to receive vaccine doses funded by the initiative. This English-speaking West African country has recorded 84,023 cases of coronavirus, including 607 deaths. But these figures are underestimated, as in many African countries where the number of tests carried out remains low.

In addition to the president, the First Lady also received a first injection on Monday. As of Tuesday, the rest of the 600,000 doses received on Wednesday are to be deployed in the country. Ultimately, Ghana plans to vaccinate 20 of its 30 million inhabitants before the end of the year.