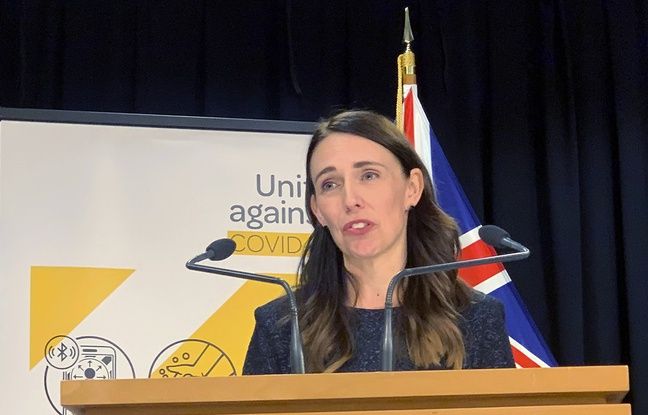 Prime Minister Jacinda Ardern on Monday urged New Zealanders to ‘reprimand’ those violating Covid-19 restrictions as anger mounts over a series of offenses that have forced Auckland to be again confined.

This measure comes less than two weeks after a three-day confinement of the main city of the country. Very annoyed, Jacinda Ardern, who has so far been praised for her very good management of the pandemic, described these offenses as “intolerable”. She said some of the people behind the latest infections have ignored the instructions. They thus refused to isolate themselves as they should or to provide information on their movements in order to alert contact cases.

Only 26 dead from Covid

“These individuals face the judgment of the whole nation, there will be consequences, without a doubt,” Jacinda Ardern told reporters. The country has only recorded 26 coronavirus-related deaths for a population of some 5 million, but Jacinda Ardern recalled that everyone must cooperate.

“If it involves berating a family member or colleague for breaking the rules, then we have to do it. Do it with kindness, but do it, ”she said. Auckland’s 1.7 million residents have been confined again since Sunday for at least seven days after the discovery of new cases of Covid-19.

The three-day confinement ordered in February had not made it possible to prevent the spread of a source of contamination. The fears relate in particular to a family, which would have been in contact with members of an infected family.

One of its members, who was to remain in isolation, went to a doctor, a university and a gym, awaiting test results which showed he was a carrier of the virus. “We are all paying the price” for their actions, launched the Prime Minister who said she understood the “anger” of the population.

She admitted that it is difficult to know if people are “telling the truth” when it is essential to “know” to trace contact cases. On Monday, the epidemic focus in Auckland included 15 cases. New Zealand’s strategy is to eliminate all cases of coronavirus through a very intense policy of screening and a thorough tracing of contact cases.

The authorities have the possibility to take coercive measures against the violators but they have so far not imposed any fines for not wearing the mask on a plane or on public transport.