Prime Minister fined for birthday meal … to which she was not 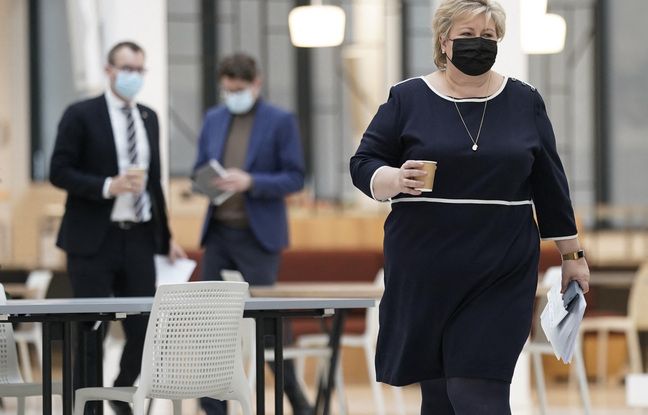 She wasn’t there. And yet, Norwegian Prime Minister Erna Solberg was fined on Friday for breaking anti-Covid rules by organizing. Indeed, she had organized a family meal for her 60th birthday, which she herself did not attend.

The police concluded that the dinner organized for and, in part, by Erna Solberg had exceeded the number of diners allowed, and fined the popular center-right leader 20,000 crowns (nearly 2,000 euros).

“A sanction to maintain public confidence in health rules”

“Even though the law is the same for everyone, not everyone is equal,” Commissioner Ole Sæverud said at a press conference.

“Erna Solberg is the most important elected representative in the country and has, on several occasions, been the figurehead of the government’s decisions on measures to stem the pandemic. It is therefore considered justified to give a sanction to maintain public confidence in health rules, ”he argued.

The public channel NRK revealed on March 18 that Erna Solberg had celebrated her 60th birthday with her family in a ski resort at the end of February, under potentially problematic circumstances from a health point of view. The police then opened an investigation.

Absent on her own birthday due to health problems

On February 25, 13 members of his family had dined at a restaurant in Geilo, when the rules limited the number of participants to a private event in a public space to 10. Erna Solberg was unable to take part because she had to go to the hospital for eye problems, but the police retained her co-responsibility for the organization of this meal.

Deeming the regulations too imprecise on this point, the investigators decided on the other hand not to follow up on another family meal organized the next day by Erna Solberg and her husband: 14 members of the family had then gathered to taste sushi in the couple’s rental apartment. After the revelation of this episode, she was confused in public apology and said ready to settle a possible fine.

The affair, which made the cabbage fat on social networks, tarnished the image of the leader, generally hailed for her management of the health crisis, with the approach of legislative elections which promise to be difficult on September 13.