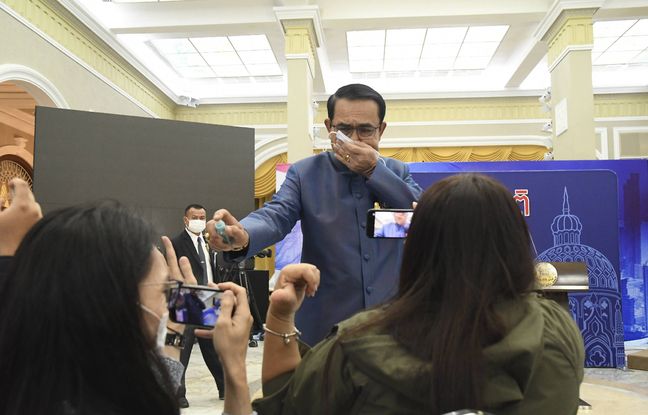 Prayuth Chan-ocha was visibly annoyed by the questions put to him by the reporters present. One question particularly upset him. It was about a list of potential candidates to fill vacant posts in the prime minister’s office, following the arrest of three ministers for insurgency in early March.

Thai Prime Minister Prayuth Chan-ocha stunned journalists on Tuesday March 9. In order to dodge their questions in the middle of a press conference, he did not hesitate to sprinkle them with a hydroalcoholic spray. https://t.co/3J3obrIEKrpic.twitter.com/PqshwVqN3u

“What else do you want to ask? “, Retorted Prayuth Chan-ocha at first. A journalist then rephrased another question, but still on the same subject. “I don’t know,” the leader replied, frowning. Is the Prime Minister supposed to be the only person in the know? Don’t ask me. “

Irritated, Prayuth Chan-ocha then left the stage. He then grabbed a spray of hydroalcoholic gel and sprayed several of the journalists present. Following this gesture, he began an exchange with them but did not calm down, on the contrary.

The Prime Minister resumed spraying them with the spray before leaving the room for good. In 2015, this former head of the military coup led in Thailand had already thrown a banana peel at a cameraman, recalls The world.