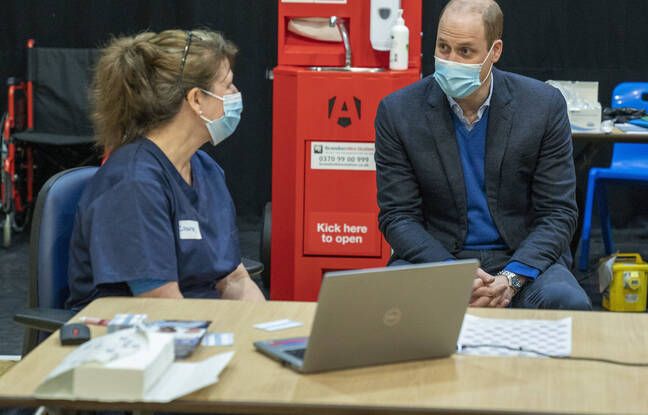 The royal family continues to play a role in the fight against fake news about the coronavirus. Prince William warned his British compatriots against anti-vaccine messages on social networks in a video published on Saturday evening, following a similar call on Tuesday from Queen Elisabeth II, his grandmother.

“Social networks are sometimes inundated with rumors and disinformation,” said the Duke of Cambridge in the video released by Kensington Palace. This shows him with his wife Kate, the Duchess of Cambridge, talking to two clinically vulnerable people who may soon be able to receive their first vaccine.

In one of the videos, a woman called Shivali, who suffers from diabetes, says she read many social media posts that initially made her “a little nervous” about getting the vaccine. “We have to pay a little attention to who we believe and where we get our information from,” the prince told him.

“Catherine and I are not medical experts by any means, but if that is any consolation, we can wholeheartedly support vaccination, it is really, really important,” he adds in the video. So far, the use of vaccines has been “great”, also declares the prince, believing that now it is necessary to convince the younger generations “that it is really important for them to be vaccinated”.

Queen Elisabeth II encouraged her British compatriots on Tuesday to be vaccinated against Covid-19, explaining that the bite did not “hurt her at all” and that she had to “think of others”. The 94-year-old monarch said she felt “protected” after being vaccinated in January, like her husband Prince Philip, 99. His eldest son and heir, Prince Charles, 72, who contracted a mild form of Covid-19 last year, was also vaccinated along with his second wife, Camilla, 73.