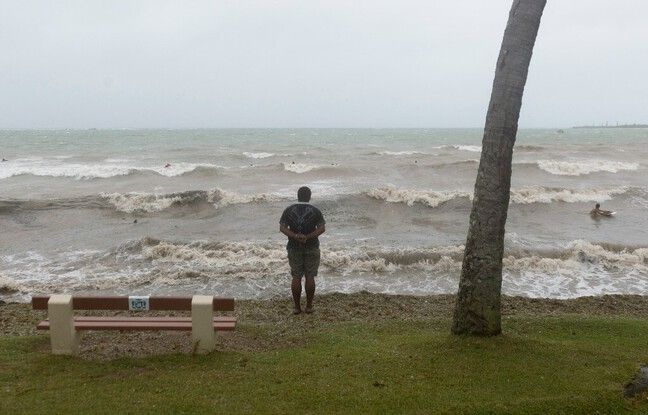 The intense tropical cyclone Niran hit New Caledonia on Saturday where it generated gusts of up to 220 km / h and, according to a still provisional report, left one injured and extensive material damage, said the rescue services. A child was injured by shards of a bay window, the secretary general of Nouméa town hall told RRB radio.

About 20,000 people are deprived of electricity while torn roofs have been reported in the town of Dumbéa on the outskirts of Nouméa. Several ships ran aground on the coast in Noumea. According to a provisional report, no major damage was recorded following the passage of this cyclone, the intensity of which was a little lower than expected. The phenomenon, not very rainy, mainly generated violent winds with gusts between 130 and nearly 220 km / h, according to the first information transmitted by Météo France NC.

More than 400 people have found refuge in shelters

“Niran caused a lot of damage to the electricity grid and to vegetation. It is above all the winds that have been violent and destructive, the rains have affected the reliefs with 50 mm during the last six hours, ”said a spokesperson for civil security. In Nouméa, more than 400 people have found refuge in accommodation centers.

🌀 The first images of the #cyclone Niran in Noumea in # Caledonia. Classified in category 5, it has sailed along the Grande Terre in recent hours. No casualties at this stage, but extensive material damage. pic.twitter.com/FyVv5Xup7j

Niran, a category 4 cyclone, hit the South Pacific archipelago from the north, before descending along the west coast, to Noumea in the late afternoon on Saturday. At 6 p.m. (local time), the cyclone was 30 kilometers south of Nouméa and gradually evacuated to the south-east to head towards the Isle of Pines. The entire archipelago remains on maximum cyclone alert number 2, which was triggered early Saturday morning.