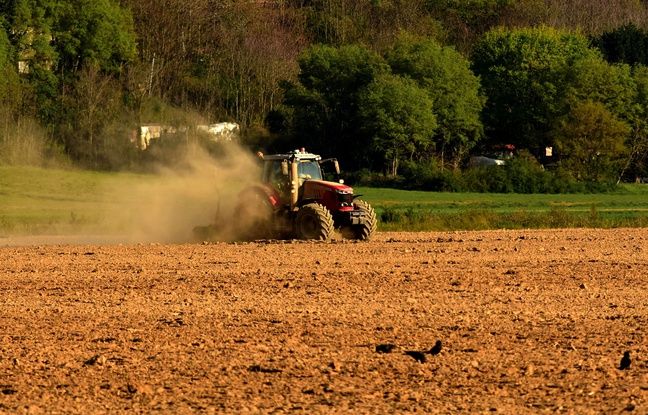 Taking into account the cost of agricultural raw materials must become “non-negotiable” in the setting of prices between farmers, manufacturers and distributors, according to a report drawn up by the former boss of Système U, Serge Papin.

We must “put in place the conditions for a collective leap,” writes Serge Papin in this report for Julien Denormandie and Agnès Pannier-Runacher, respectively Minister of Agriculture and Minister Delegate for Industry.

Large distribution and large companies, winners of the current system

Its main recommendation, after having heard from “more than sixty stakeholders”, consists in making the signing of a multi-year contract between the farmer and the industrialist who will transform his products (milling, bakery, charcuterie, etc.) “compulsory”. ). This contract must be established on the basis of “reference price indicators” to take into account production costs. It must also provide for “mechanical price indexation clauses based on the increase or decrease in inputs. [engrais, aliment du bétail, carburant…] which have an impact on the price of agricultural raw materials ”.

Downstream, at the time of negotiation between the industrialist and the distribution, “the share of the price of the agricultural raw material must appear as a non-negotiable element”, estimates Serge Papin. Today, de facto, the price of food is set by negotiations between distributors and manufacturers – regardless of what the farmers ask for, leading many of them to sell at a loss, particularly in animal husbandry. “The strongest and best organized, in this case the large distribution and large companies, are the winners of the current system”, notes the former boss of supermarkets, while “farmers, less well organized and less well equipped for negotiation, are the weak link in the sector ”.

Serge Papin, who makes it a question of “food sovereignty of France”, had been tasked at the beginning of October to find the means to “go further” than the Food Law (or Egalim), voted in 2018 and which had not not kept its promises to rebalance the balance of power for the benefit of farmers. He considers “likely that this flagship recommendation requires going through the law” and believes that “we must try to go quickly because expectations are high.” In everyday life The echoes Wednesday, the Minister of Agriculture Julien Denormandie affirms to conduct discussions with the parliamentarians so that these recommendations “are followed by effect”.

During the session of questions to the government in the Senate, he assured to want to “move the lines” to stop this “deadly game”, this “fool’s game” of the annual trade negotiations. With Agnès Pannier-Runacher, Julien Denormandie brought together the players in the food chain by videoconference on Wednesday evening, one month after the close of these negotiations. “There is a conviction shared by all that we cannot remain in the permanent opposition”, commented the ministers’ offices at the end. According to a “first impression”, the negotiations were generally concluded with “positive progress” for products with a strong agricultural component, the same source indicated, wondering however if these revaluations would be “up to par” .

Breeders in particular see their production costs skyrocket with the surge in the price of cereals used in the ration of animals. In a press release Wednesday, the FNSEA and Young Farmers’ agricultural unions demand a “legal obligation to hold upstream negotiations before downstream”: “How can the price be built from the producer to the distributor when the negotiations downstream (manufacturers / distributors) precede those upstream (farmers / manufacturers)? “

Serge Papin also recommends “to systematically identify the French origin of ingredients and products, including catering to promote agricultural patriotism”. “It is an important cause to defend at European level and we must not give up on this subject,” he says. He also encourages farmers to “come together” to strengthen their position in the negotiations, especially beef producers.