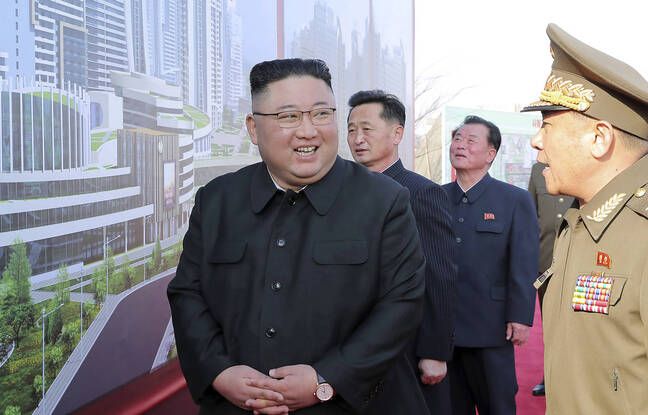 Despite a new tenant in the White House, North Korea seems to want to keep the same strategy vis-à-vis the United States: to play a military standoff. The country tested short-range missiles on Sunday for the first time since Joe Biden came to power. For now, Washington has played down this defiant gesture as the US president defines his strategy against Pyongyang.

“We are aware of two missiles,” a US official confirmed on condition of anonymity. Other officials in the Biden administration insisted that it was a “short-range” system classified “in the category of normal northern military activities.” These shots “are not sanctioned by UN Security Council resolutions against the ballistic missile program” in Pyongyang, said one of them. “North Korea has a well-known menu of provocations when it comes to sending a message to US governments […]. Experts have rightly observed that what happened this weekend was at the very bottom of this spectrum, ”he added.

Don’t “give too much publicity”

Observers had expected a North Korean military warning since the arrival of the new US president. Unlike most previous shootings, these had not been reported at the time by South Korea, Japan or the United States. Several experts considered that they were probably cruise missiles, a relatively moderate response to the joint military maneuvers that Washington and Seoul have just carried out. The Biden administration explained that it immediately noticed the shooting on Sunday, but did not want to “give too much publicity” to what it does not consider to be a major provocation.

Since February, the new US administration has tried unsuccessfully to contact the North Korean leadership. Last week, North Korea for its part warned that it would not change its position vis-à-vis the United States until it renounced its “hostile policy” towards it. Despite verbal and now military skirmishes, the United States assures us that it is still open to dialogue. But they also warn that they do not intend to give up joint military maneuvers with the South Koreans, as Donald Trump had done. Next week, National Security Advisor Jake Sullivan will welcome his South Korean and Japanese counterparts to the White House. And Japanese Prime Minister Yoshihide Suga will be the first foreign leader to be received in person in the United States by the new president in April.