Quebec implements a nighttime curfew, a first in Canada 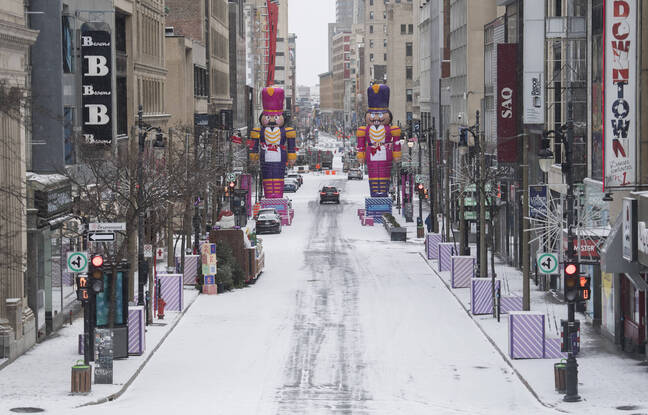 This is an unprecedented measure in Canada. The Premier of Quebec, François Legault, announced on Wednesday the imposition of a night curfew in this province in order to stop the second wave of coronavirus.

This curfew, which lasts for four weeks until February 8, will apply from Saturday and will be in effect between 8 p.m. and 5 a.m., he said during a conference of hurry. “We ask the police to enforce the instructions,” said François Legault, explaining that offenders will be liable to fines of 1,000 to 6,000 Canadian dollars (640 to 3,838 euros). New sectors of economic activity will be reconfigured, he also announced.

“We are in a race against time. Right now, the virus is going faster than us and to slow it down, we need shock treatment, ”the Quebec Prime Minister tweeted just before his press conference. The French-speaking province of 8.5 million inhabitants, the most affected by the pandemic, thus becomes the first in Canada to impose a curfew, a measure unprecedented on this scale since the Spanish flu epidemic of the last century, according to historians.

Two months of confinement in the spring

This measure aims to curb transmission by cracking down in particular against private gatherings in homes, said François Legault, however banned outside the family circle since early October. It must be said that Quebec reported on Wednesday 2,641 new cases of coronavirus and 47 additional deaths.

The province, which counts more than half of the approximately 16,000 deaths from the virus in Canada, had been placed in containment for almost two months in the spring, with the closure of schools in particular. New restrictions since the fall and in particular a semi-containment since December 25 have not allowed the province to slow down the second wave of the pandemic.

As in the spring, the confinement will result in the closure of several non-essential businesses and businesses, with the exception of grocery stores and pharmacies. Teleworking also remains compulsory for offices. The government has also maintained on January 11 the return to primary school, that of secondary is postponed to January 18, with compulsory wearing of the mask.

A similar lockdown has been in effect since December 26 in Ontario, the most populous province in Canada with 14 million inhabitants. Toronto, the capital of Ontario and the largest metropolis in Canada, has already been reconfigured since the end of November.