Record drop in trade between EU and UK in January, according to Eurostat 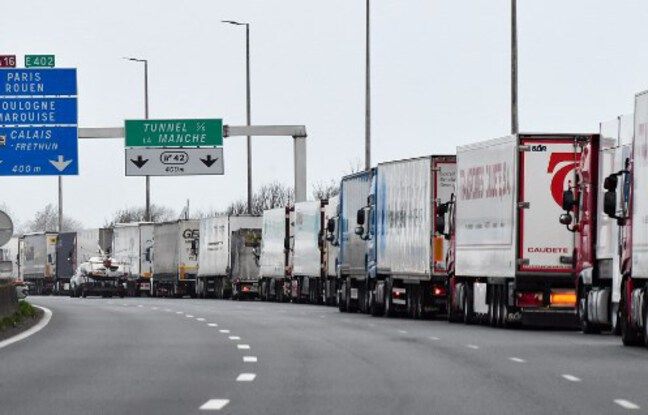 In January, the first month of effective divorce between the European Union and the United Kingdom after Brexit, trade collapsed between the two partners, announced the European Statistical Office Eurostat on Thursday.

The British National Statistics Office (ONS) announced on March 12 a drop of nearly 41% in UK exports to the EU and a 29% decline in British purchases of European products. The variation between European and British figures is explained by a difference in methodology.

The UK’s exit from the single European market, which entered into force on January 1, had a strong impact on its foreign trade, between bottlenecks in ports already under pressure with the pandemic, travel restrictions in January , and backlogs of orders accumulated since the start of the pandemic.

To this were added multiple administrative formalities, additional costs and taxes which weighed on cross-border trade. According to Eurostat, the EU’s imports from the rest of the world fell by 16.9% in the first month of the year, while its exports fell by 10.8% compared to January 2020.

Overall, Europeans posted a trade surplus of 8.4 billion euros in January, compared to a deficit of 2.2 billion euros in the same month of the previous year. The UK has been part of the Union, its largest trading partner, for almost half a century.

Share
Facebook
Twitter
Pinterest
WhatsApp
Previous articleThe Court of Auditors satisfied with the solidarity fund for companies, but it points to increased risks of fraud
Next articleThe country could soon test the four-day business week