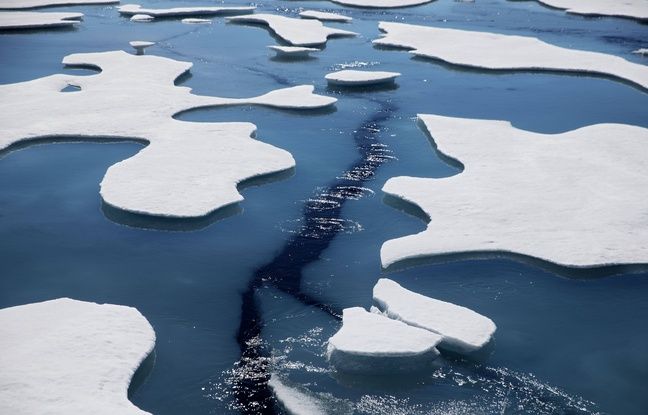 Suffering the full brunt of the effects of climate change, Russia has recorded a record heat for the year 2020 and a historic decline in summer sea ice, according to a report released on Thursday.

The annual average temperature in 2020 was 3.22 ° C higher than the average for the reference period (1961-1990), according to the document of the Russian meteorological institute Rosguidromet in its report “Particularity of the climate on the territory of the Russia in 2020 ”.

This record is 1 ° C higher than the previous one which dated back to 2007, noted the institute, underlining a year “extremely hot both in our country and on the whole planet”. The report also noted that “the rate of warming in Russia is on average much higher than the global average”, estimating that since 1976 the average temperature in the country had increased by 0.51 ° per decade.

Rosguidromet also established “a stable trend towards a reduction of the ice covering the Arctic”, reaching even on the northern sea route at the end of last summer its all-time low. Compared to the 1980s, the surface of the ice is “5 to 7 times less”, notes the agency, and “in 2020 the surface of ice cover in September reached a record low with 26,000 km2”. According to the European Copernicus Climate Change Service (C3S), 2020 was globally the hottest year on par with 2016.

Over 35 degrees near the Arctic Circle last summer

Finally, the report states that “the thickness of the permafrost layer thawed each season is increasing”. The meteorological agency on Tuesday predicted above-average spring temperatures in most of the country and dry weather in Siberia, saying they feared forest fires and linking this phenomenon to climate change.

Russia has recorded record temperatures in recent years. The most striking in June 2020 was found beyond the Arctic Circle, with 38 degrees in Verkhoyansk, the highest level recorded since the start of measurements at the end of the 19th century. According to many scientists, Siberia is, along with the Arctic, one of the regions of the world most exposed to climate change. This leads in particular to an increase in natural disasters, such as fires, the arrival of invasive species or even floods.

The melting of permafrost also carries great risks: this permanently frozen ground contains immense volumes of CO2 and methane, greenhouse gases which could be released in the event of a large-scale thaw and aggravate warming. For the moment, this thaw mainly causes collapses and subsidence of soils threatening urban and economic infrastructures. On the northern sea route, however, global warming serves Russia’s great ambitions in the Arctic, where it hopes to become the leading economic and military power.

The melting of the ice makes this route more practicable, opening up new commercial prospects in the Far North by connecting Asia and Europe by this route. Beyond fishing, Russian companies exploit large deposits of oil and gas, coal and precious minerals.