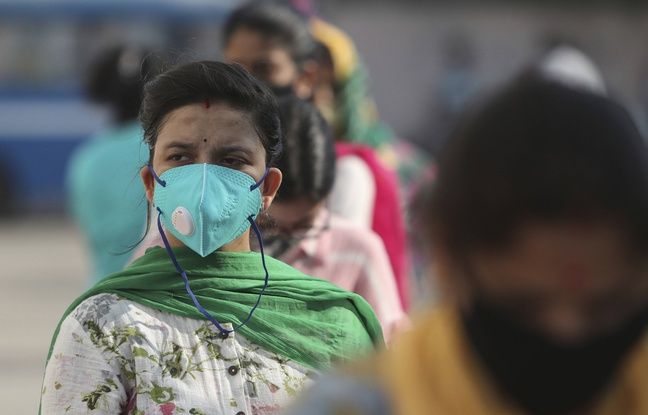 As a second wave of massive contamination continues to gain momentum in the country of 1.3 billion people, India has recorded a record 200,000 new cases of coronavirus in the past 24 hours, data shows official published this Thursday.

The number of daily contaminations has more than doubled since the beginning of April. India, which has recorded a total of more than 14.1 million cases, also deplored 1,038 deaths in 24 hours, or nearly 175,000 deaths in total, according to data from the Ministry of Health.

The vast Asian country became the second country most affected by Covid-19 on Monday in terms of new infections per day, overtaking Brazil. Experts blame religious holidays, political meetings and all crowded public places. On Wednesday, the government postponed the school exams scheduled for May-June for 15-18 year olds. This new outbreak in India, with two million new infections this month, has led many severely affected states and territories to impose restrictions or even partial containments.

The richest state in the country, Maharashtra, the main source of contamination, last week imposed a lockdown on weekends and a night curfew. But this state, which is home to the economic capital Bombay, has warned that total containment – a drastic measure that the authorities seek at all costs to avoid to protect the already devastated economy – could be instituted in the coming days if the contaminations continue to ‘increase.