Record of 80 million refugees and displaced people in the world 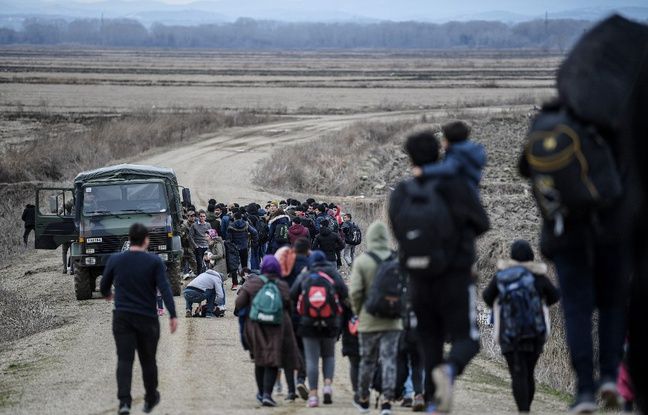 A “dark turning point”. The number of refugees and displaced people in the world surpassed the 80 million mark in mid-2020, a record, in the midst of the Covid-19 pandemic, the UN said on Wednesday.

In a statement, the UN High Commissioner for Refugees Filippo Grandi lamented that the world had reached this “dark turning point”, and warned that the situation would worsen if “world leaders do not stop not wars ”. “The international community is failing to preserve the peace,” he said, noting that forced displacement had doubled in the past decade.

At the start of the year, the number of people who had been forced to leave their homes due to persecution, conflict and human rights violations stood at 79.5 million, and the figure had risen to over 80 million by mid-year. 2020, according to a report by the United Nations High Commissioner for Refugees (UNHCR).

“The existing and new conflicts as well as the new coronavirus have had a dramatic impact on their lives in 2020,” UNHCR said in a statement.

Brutal violence in the Sahel

Despite the urgent call launched in March by the Secretary General of the United Nations for a global ceasefire during the pandemic, conflicts and persecution continue, deplores the UN agency.

Violence in Syria, the Democratic Republic of the Congo, Mozambique, Somalia and Yemen sparked further displacement in the first half of the year. Significant new displacements have also been recorded in the central Sahel region of Africa, where civilians are subjected to brutal violence, including rape and executions, according to UNHCR.

The report also points out that some of the measures taken to curb the spread of Covid-19 have made it more difficult for refugees to access safety. At the height of the first wave of the pandemic in April, 168 countries had totally or partially closed their borders, 90 countries making no exceptions for asylum seekers.

Since then, with the support and expertise of UNHCR, 111 countries have found solutions to ensure that their asylum systems are fully or partially operational while ensuring that the necessary measures are taken to curb the spread of the virus. Despite these measures, new asylum requests fell by a third compared to the same period in 2019.