Record of daily deaths for the fifth consecutive day 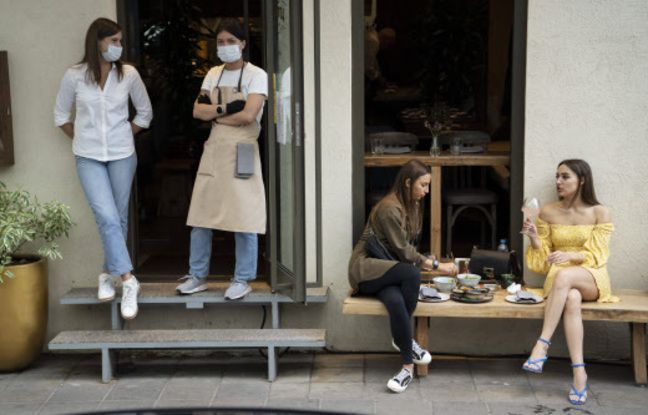 697. This is the number of deaths due to Covid-19 recorded by the Russian government this Saturday, a record for the fifth day in a row when the country is hit hard by the Delta variant. In detail, Russia has registered 24,439 new cases, which is the highest number since mid-January when the country was released.

of a second murderous wave. The capital Moscow, the main focus of the epidemic, has for its part recorded 116 deaths in the last twenty-four hours, a level very close to its own record set at the beginning of the week.

Only 23.6 of 146 million Russians vaccinated

The coronavirus epidemic has resumed since mid-June in Russia against the backdrop of a sluggish vaccination campaign. Launched in December, it has so far convinced only 23.6 of 146 million Russians, or 16% of the population, which remains suspicious of national vaccines. In several regions, including Moscow, the authorities have taken measures to encourage Russians to be vaccinated, for example with the introduction of a health pass to go to restaurants in the capital.

Moscow also launched a revaccination campaign on Thursday for those who received their first two doses more than six months ago. They are offered a third injection to further strengthen their defenses against the new variants.

Vladimir Putin urges to “listen to the experts”

Calling once again on his fellow citizens to be vaccinated, President Vladimir Putin urged Wednesday to “listen to the experts” and not to the rumors about the Covid-19, while opposing a vaccination obligation at the national level. The Kremlin, which has admitted not being able to reach its target of 60% vaccinated by August, for the time being refuses any national confinement to preserve a fragile economy.

Across the country, the pandemic has so far caused more than 5.5 million infections for 137,262 deaths, according to official figures. The Rosstat statistics agency, which has a broader definition of coronavirus-related deaths, for its part recorded 270,000 deaths at the end of April.