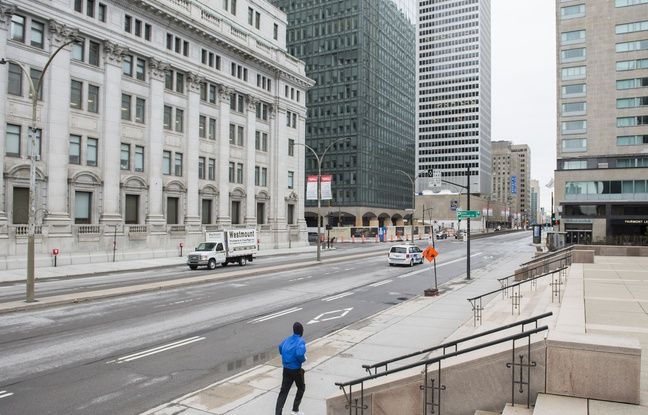 No “White Christmas” in Montreal (Canada) this year. The Quebec metropolis broke its absolute temperature record for December 25 with 13.6 degrees, while the mercury exceeded 16 degrees in the south of the province.

“The previous record was 11.7 degrees in 1964, we reached 13.6 in Montreal this morning at 8 am,” explained meteorologist Dominic Martel. This is an absolute record for a December 25 since the figures are compiled, “about 150 years”, according to him.

A third Christmas without snow in a row

Southern Quebec, on the border with the United States, experienced even higher temperatures, with notably 16.4 degrees in Frelighsburg. The weather data has only been compiled there for about fifteen years, so “talking about a record for this station has no great scientific value” according to him.

This is the third “Green Christmas” – without snow – in a row in the Montreal region. This record softness can be explained by “a tropical influx of hot, humid air which has moved up the entire East Coast from Florida to reach us”, according to Dominic Martel. It is an “extraordinary coastal system”, according to him. In the absence of snow, heavy rains were forecast all day Friday over the Montreal region.

The metropolis of Quebec, accustomed to harsh and snowy winters, had broken its cold record for a Christmas day in 1980: the temperature had dropped to -32.4 ° C. While southern Quebec and neighboring New Brunswick broke records for warmth on Friday, the rest of Canada experienced a white Christmas with temperatures ranging from -1 ° C in Toronto (center) to -25 ° C in Whitehorse in the Yukon Territory (northwest).