Recovering from the epidemic, China signs record growth in Q1 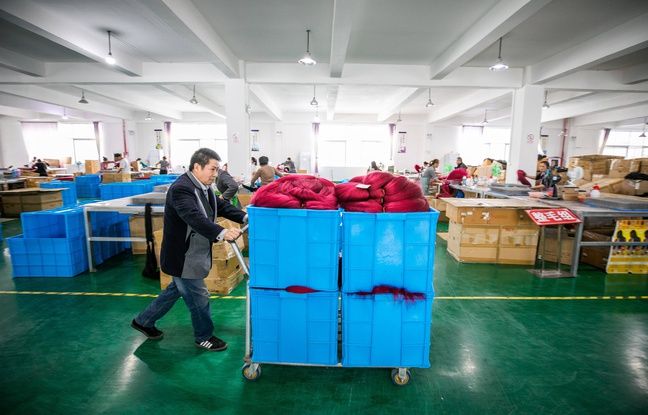 In the first quarter, China saw its gross domestic product (GDP) jump 18.3% over one year, a figure to be qualified as activity was paralyzed last year by the coronavirus epidemic.

In the first quarter of 2020, China’s GDP had collapsed 6.8%, its worst economic performance in 44 years. But with the improvement of the epidemic situation, China returned to its level of pre-pandemic activity at the end of last year, being one of the few countries in the world to post positive growth in 2020 (+2.3 %).

Foundations that must be “consolidated”

“Overall, the recovery continued in the first quarter” 2021 and this marks “a good start,” said a spokesperson for the National Bureau of Statistics, Liu Aihua, to the press. China has posted record growth since the start of its quarterly GDP publications in 1992. This sharp acceleration in China’s GDP in the first quarter was widely anticipated: a group of analysts polled was also counting on an even greater increase (18.7%). “The foundations of the recovery must be consolidated,” warned Liu Aihua, however, referring in particular to the “uncertainties” that persist in the world on the epidemic level. This good result is mainly related to the low basis of comparison with the beginning of 2020 when the Chinese economy was paralyzed by the virus, admitted Liu Aihua.

As a result, the growth figure “does not provide much information on the current dynamics of the economy,” warns analyst Julian Evans-Pritchard of Capital Economics. Although questionable, China’s official GDP figure is still under scrutiny given the country’s weight in the global economy. “The main driver of growth in the first quarter was exports” in particular of electronic products (for teleworking) and medical equipment to the United States and the European Union, says economist Rajiv Biswas, of the firm. IHS Markit. In March, Chinese exports remained robust (+ 30.6% year on year), when much of the world is still hit by the epidemic.

However, “the recovery remains uneven, with household consumption lagging behind” due in particular to unemployment, noted in a recent note HSBC bank analyst Qu Hongbin. Retail sales, the main indicator of consumption, increased by 34.2% over one year in March, against 33.8% in January-February combined, the only data available. But some sectors are struggling to regain their pre-pandemic level, such as air and rail transport, the level of activity of which has peaked at 60%. “A complete rebound in household consumption is conditioned by the vaccination campaign and an improvement in the labor market,” said Oxford Economics analyst Louis Kuijs. The unemployment rate – calculated for urbanites only – was posted in March at 5.3%, after an all-time high of 6.2% in February 2020 at the height of the epidemic.

However, this criterion paints an incomplete picture of the economic situation: in China, unemployment does not take into account the nearly 300 million migrant workers of rural origin, heavily penalized last year by the epidemic. For its part, Chinese industrial production grew by 14.1% in March, against 35.1% in January-February combined. As for investment in fixed capital, its growth since the beginning of the year stood at 25.6% at the end of March. Now recovered from the epidemic shock, Beijing is aiming for a growth target of at least 6% this year – a figure far more modest than most economists’ forecasts. “Strong exports combined with a solid improvement in domestic consumption” will be the main engines for Chinese growth in the coming months, says Rajiv Biswas. The International Monetary Fund (IMF), for its part, expects an 8.4% increase in the GDP of the world’s second-largest economy.