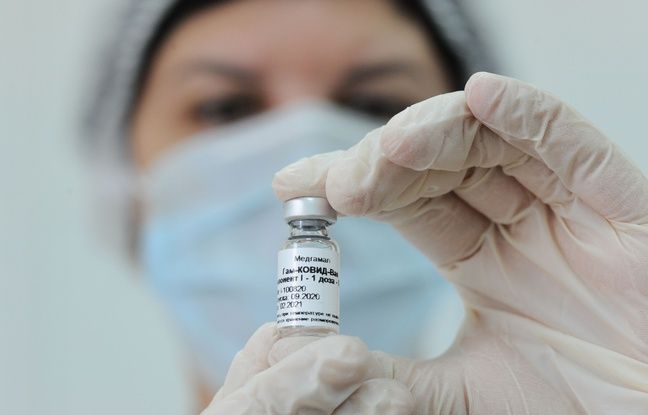 Believing lack of data to ensure the safety and effectiveness of the Russian Sputnik V vaccine against Covid-19, the Brazilian health regulatory agency (Anvisa) opposed, Monday, at the request of several States of the country to import the serum.

“We will never allow millions of Brazilians to be exposed to products without proper verification of quality, safety and efficacy or, at a minimum, in the face of the serious situation we are going through, that there is a favorable relationship between risk and benefits, ”said Antonio Barra Torres, President of Anvisa.

The vaccine authorized by more than 60 countries

The management of the agency followed the recommendation of its experts noting “uncertainties” about the vaccine, which has still not been approved by the health agencies of the European Union (EMA) and the United States (FDA) . The refusal to import Sputnik V does not imply a definitive analysis of the vaccine, and Anvisa, which received a request in late March for emergency use of the Russian formula, has not released its findings citing the lack of information. Sputnik V is already used in several countries, besides Russia, such as Mexico, Argentina or Venezuela.

According to the Gamaleïa institute, which created this formula, it has already been authorized by more than 60 countries. In February, the prestigious medical journal The Lancet reported that this vaccine was 91.6% effective, dispelling doubts about its reliability. But experts at Anvisa said the publication in the prestigious scientific journal did not meet the same requirements as regulatory bodies for possible approval.

“Photo of the moment”

In an attempt to speed up their vaccination plans, a dozen states in the north and northeast of Brazil signed contracts with the Russian Sovereign Fund (RDIF), which financed the development of Sputnik V, to acquire more than 30 million doses. The federal government has ordered 10 million. The refusal of their import orders is “a photo of the moment, of what it has been possible to analyze so far,” said Antonio Bara Torres.

“I hope that in fact the Sputnik V vaccination process adapts its information and resolves compliance issues quickly, as millions of people need to have access to safe and effective vaccines,” added another leader of the Anvisa, Meiruze Freitas. In addition to the two vaccines applied since January (Coronavac and AstraZeneca), the Brazilian regulator has already authorized the use of the Janssen vaccines, from the American pharmaceutical company Johnson & Johnson, and Pfizer-BioNTech, which have not yet arrived in the country. Brazil, with a population of 212 million, has more than 390,000 deaths from Covid-19 and has so far successfully vaccinated 27.3 million people with a first dose, and 11.6 million with a second.