Removal and arrest of the mayor of Rio de Janeiro 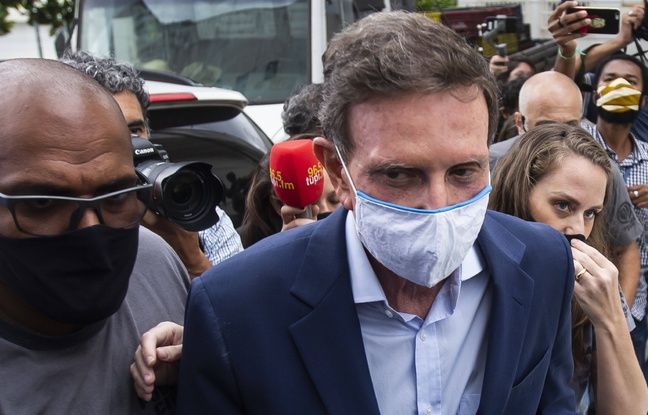 As Marcelo Crivella’s term ends in just nine days, the judges will not have wanted to wait. The mayor of Rio de Janeiro, a former evangelical pastor, was arrested and dismissed on Tuesday. Justice suspects him of having run a system of corruption within the municipality of Brazil’s second city.

Defeated in the municipal elections in November, when he had the support of far-right President Jair Bolsonaro, Marcelo Crivella declared himself the target of “political persecution”. He was arrested at 6 a.m. at his home in the affluent neighborhood of Barra de Tijuca, according to images shown by GloboNews.

After confirmation of his pre-trial detention, he was taken to a prison in the north of the city. But a few hours later, the president of the Superior Court of Justice, Humberto Martins, granted him a house arrest. He can therefore stay at home with an electronic bracelet. The judge considered that the placement in pre-trial detention was not “justified”, stressing that Marcelo Crivella, 63 years old, was “part of the group at risk in the face of Covid-19”.

Evangelists at the heart of the investigation

“I am the mayor who has acted the most against corruption in Rio de Janeiro. I demand justice, ”Marcelo Crivella told reporters. The judge who ordered the operation, Rosa Helena Penna Macedo Guita, decided his dismissal by designating him as “the head of a criminal organization […] installed within the city hall of Rio, with the aim of obtaining illicit profits according to the most varied procedures ”.

Several other people were also arrested during the same operation, including businessman Rafael Alves, suspected of being the mastermind of the case. The latter is the brother of Marcelo Alves, former president of the municipal tourism agency Riotur. Mauro Macedo, Marcelo Crivella’s ex-campaign treasurer, was also arrested. He is the cousin of evangelical pastor Edir Macedo, founder of the Universal Church of the Kingdom of God (IURD, neo-Pentecostal), of which the mayor of Rio is a nephew.

Several proceedings against the mayor

According to the survey, which began in 2018, companies that wanted to sign contracts with Riotur handed checks to Rafael Alves. In addition, throughout his tenure, Marcelo Crivella was the subject of several lawsuits aimed at his mismanagement, accused of mixing politics and religion and favoring the members of his church. The prosecutor’s office recently opened an investigation into the alleged use of the Universal Church of the Kingdom of God to launder corruption money.