Renault asks the courts to unblock its Foundry in Brittany 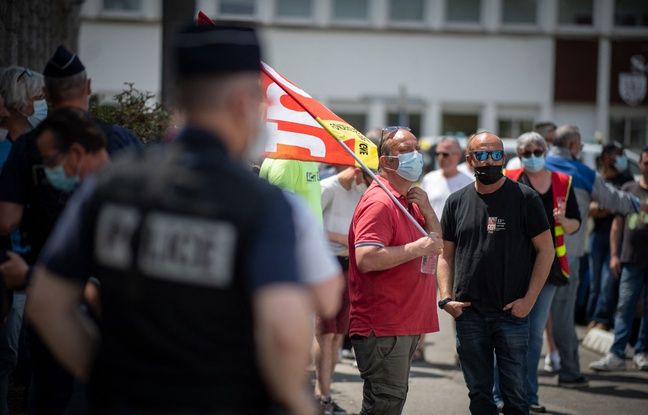 It has been occupied for five weeks by 150 striking employees. Mobilized against the project of sale by Renault, the employees of the Foundry of Brittany will they be dislodged by the police? This is in any case the request formulated by the French car manufacturer, which seized the court of Lorient to order the lifting of the blockade of the plant.

The Renault site employs around 350 people at the Caudan site (Morbihan) where it manufactures suspension arms, exhaust manifolds and elbows, as well as gearbox differentials. For more than a month, access to the factory has been blocked by demonstrators opposed to the sale of the foundry. “There is a total blocking of the entrances and exits of the site which does not allow the passage of vehicles or the passage of people”, affirmed Me Yasmine Tarasewicz, lawyer of the Foundry of Brittany, denouncing “an abusive exercise of the right of strike ”. She asks the court “to order the lifting of these obstacles, if necessary under penalty and with the help of the police”.

“Renault no longer has the means to subsidize this company”

Renault announced on March 11 the sale of the plant in order to “guarantee a future for the site and to perpetuate jobs there”. “Renault no longer has the means, in the current context, to subsidize this company” burdened by “heavy losses”, declared Me Tarasewicz at the hearing. Renault “is trying to obtain a court decision to stop a movement that is perfectly framed but that the employer does not appreciate”, denounced Laurent Jeffroy, employee lawyer.

To Hennebont to support the employees of the Fonderie de Bretagne. Mobilized for 1 year alongside them so that Renault recognizes their skills. FDB must become the emblem of the factory of the future, of the reindustrialization of the territories & of the relocation of our productions pic.twitter.com/hohK2j3D2q

“The site is accessible today,” he said, stressing that the management did not give an example “of a single non-striking employee who would have come to his job and would have been turned away”. “A strike hinders production, it disturbs and that is precisely the objective of the process,” said Mr. Jeffroy, recalling that it was a “constitutional right”.

The president of the tribunal suggested that the parties consider the possibility of mediation. The decision is expected Thursday, June 3 at 2 p.m. On Saturday, around 1,500 people marched through the streets of Hennebont in support of employees.