Researchers contaminated in Wuhan at the end of 2019? China strongly denies 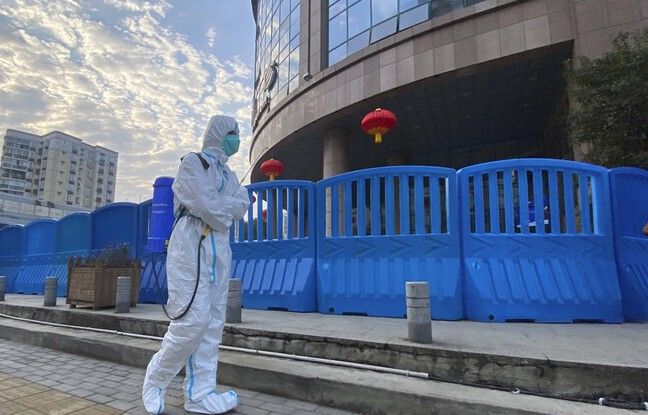 China denied Monday that three researchers from the Wuhan Institute of Virology, a city that was once the epicenter of the pandemic, had a disease that required hospital treatment before the virus spread around the world. Claiming to be based on a US intelligence report, the Wall Street Journal says that three researchers from the Chinese laboratory were affected by November 2019 with “symptoms compatible with both those of Covid-19 and a seasonal infection”.

China disclosed the existence of an outbreak of pneumonia cases in Wuhan to the World Health Organization (WHO) on December 31, 2019. And Beijing has always fiercely fought the theory that the Covid-19 could have escaped from one of its laboratories. Asked about this, a spokesman for Chinese diplomacy, Zhao Lijian, on Monday described the claims of the American daily as “totally false”.

“On March 23, the Wuhan Institute of Virology released a statement indicating that prior to December 30, 2019 he had not been in contact with the coronavirus. To this date [de publication du communiqué, NDLR], no staff or student-researcher has [vait] been contaminated “by the virus, Zhao Lijian told reporters. The coronavirus was, however, brought to this laboratory for study, according to Chinese authorities.

The hypothesis of a virus leak from a Chinese laboratory was fueled, among other things, by the administration of former US President Donald Trump. After a four-week stay in Wuhan at the start of the year, a joint study by WHO and Chinese experts, however, found in March “extremely unlikely” a laboratory incident.

Experts favor the generally accepted theory of the natural transmission of the virus from a reservoir animal, probably the bat, to humans, through another animal that has not yet been identified. Some believe, however, that WHO specialists did not have enough latitude to work freely during their investigation in Wuhan.

Share
Facebook
Twitter
Pinterest
WhatsApp
Previous articleBlinken wants to unlock $ 75 million in aid for Gaza, but doesn’t want Hamas to “benefit” from it
Next articleThe arrested opposition journalist subjected to “physical violence”, according to his father