Restaurateurs and cafetiers are preparing an appeal against their imposed closure 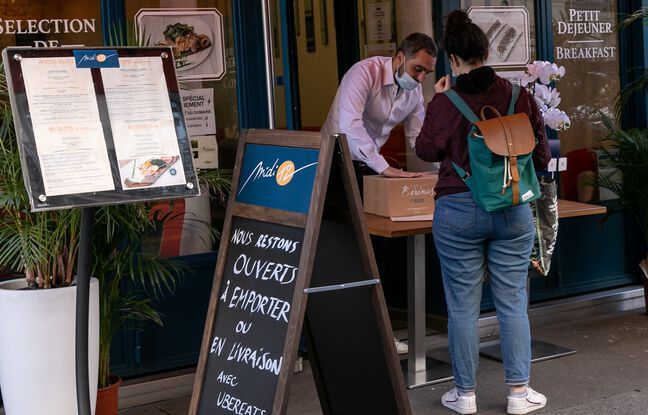 “The national Umih has initiated an appeal against the decree of October 29, 2020 which closes restaurants and drinking establishments of” type N “while authorizing collective catering”, indicated, this Saturday, the Union of trades industries of the hotel industry, justifying this recourse by “breaking the principle of equality”. The main hospitality trades union plans to “finalize” this appeal “before November 20”.

In other words, restaurateurs and cafetiers intend to challenge the government’s decision to close their establishments as part of the re-containment. “The administrative closure of our restaurants and bars is based on health reasons, but no figures can justify that the cases of contamination were more numerous in these establishments (…) than in collective catering”, argues the union .

A “distortion of competition compared to another form of catering”

The latter also underlines that its members “apply, since their first reopening in June 2020, the same strict health protocols applied by collective catering” and that “at the request of the profession, these protocols were even reinforced in September 2020” .

“Why could collective restaurants that accommodate more people than our 20, 30-seat restaurants practice a normal activity? “, Asked the Umih, contacted by telephone by AFP, denouncing a” distortion of competition compared to another form of restoration “.

By this action, the union hopes to put “pressure on the government” and show that “the sector will not give up to succeed in reopening”. The “goal is not to close collective catering”, indicated the organization, recalling that according to a study carried out among its members and published this week, “two establishments in three fear to close definitively by the end of the year due to this second confinement ”.